Salt and Pepper. Rosemary and Thyme. Ant and Dec. To a list of things that go hand in hand you could justifiably add travel and innovation. The industry is replete with new ideas, cutting-edge technologies and disruption, with this year ... 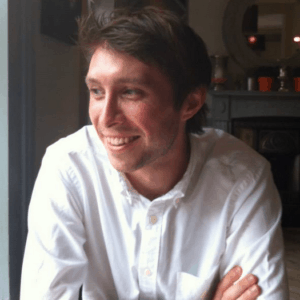 Salt and Pepper. Rosemary and Thyme. Ant and Dec. To a list of things that go hand in hand you could justifiably add travel and innovation. The industry is replete with new ideas, cutting-edge technologies and disruption, with this year promising to enhance its reputation even further. In 2012, 2013 and 2014 it’s been the year of mobile but this year; 2015 I actually expect mobile to be at the forefront of these innovations.

I know, I know. Everyone’s been talking about mobile for so long now that it’s become something of a running joke; it’s the annual trend we all highlight. However mobile isn’t so much the innovation as more the platform upon which I expect the biggest innovations to occur. For the travel industry in 2015, all innovative roads invariably lead to mobile.

A quick look at some of the recent stats help emphasise the reason why mobile is swiftly moving to the centre of many travel businesses’ plans for the upcoming period:

Expedia’s 2014 Mobile Index report revealed that over three quarters of British travellers took at least one mobile device with them on their trip and that almost 70% used their device throughout their trip.

In Asia, where the saturation of mobile use has particularly accelerated, the use of such devices for planning and booking travel products has seen some notable landmarks. India’s Cleartrip saw a 90% increase in mobile transactions for hotels between Q1 & Q2 last year while the Chinese OTAs Ctrip and eLong both saw huge increases in mobile bookings for accommodation in the first quarter of 2014 as they threatened to overtake desktop sales for the first time.

Add to this the rise of instant messaging services such as Whatsapp (which interestingly has recently surpassed the global SMS service in terms of its number of monthly active users) and their potential for booking travel products, as demonstrated by the Chinese service WeChat (which added a flight booking tool to its app in April last year), and you can see that we’re on the cusp of a full-scale mobile revolution in travel.

Last minute travel bookers are increasingly seen as a target that are primed for mobile-focused apps such as Hotel Tonight in the US which has seen real success within this market. The recent news that Booking.com had resurrected and refreshed their last minute mobile app, Booking Now, is testament to the fact that this is a burgeoning market clearly worth pursuing.

The rise of so-called in-trip planning will fall squarely upon the shoulders of mobile propositions. With the recent drop and expected future scrapping of roaming charges across Europe the use of mobile devices by travellers whilst abroad will soar. Their ability to research, plan and book more travel products whilst on their trip is an extremely lucrative market that will prompt brands to devise a way of staying front-of-mind for customers long after the original booking of their trip.

Recent acquisitions by the big players in the travel industry reflect the emerging market perfectly. The examples of Tripadvisor’s purchase of restaurant reservation sites, La Fourchette in France, Iens in the Netherlands and activities booking agent Viator are complimented by Priceline’s acquisition of OpenTable, so it’s fair to say the trend is well truly under way. It’s not just the travel industry that’s picked up on it either. Amazon and Chinese e-commerce behemoth Alibaba are also making moves into the travel space so we can surmise that competition in this area is going to be fierce.

Meanwhile, the innovative use of mobile apps by brands such as Hilton and Starwood Hotels that allow guests to check in and unlock their hotel rooms go hand in hand with easyJet who added a passport-scanning function to their award-winning app and both serve as well thought out reminders that brands can engage their customers during the entire experience of their trip.

The marketing of travel will also increasingly centre on reaching audiences via mobile devices with the IAB’s recent study of adspend in the wider digital market highlighting that mobile’s share of this spend had tripled in the last two years alone. Video marketing, with its use of alluring, rich imagery and shareable qualities is a natural fit for both travel and mobile and promises to take off this year in a big way. Digital video consumption grew by another 43 per cent in the 12 months leading up to March 2014 with a quarter of all video views from smartphones and tablets.

Travel is a space that is forever in flux and it can be incredibly hard to predict where and when the next major developments are going to arise. However with mobile devices increasingly becoming a necessity for travellers who are planning, booking or even just capturing their memories of their trip it’s a safe bet that this is the space in which competition between brands will really heat up and where innovation will be most necessary. After all, we all know what the mother of invention is…

Robert Davinson is a Vertical Specialist at Affiliate Window where he helps to provide support to both publishers and advertisers in the travel sector in optimising their affiliate marketing efforts.  Before joining Affiliate Window he was Site Editor for three years at the family travel website Childfriendly.co.uk, a community-focused content site.