Google Panda: How to Identify, Eliminate and Avoid Ranking Losses

Originally introduced in February 2011, the Panda series of search algorithm updates are intended to prevent sites with poor-quality content from achieving higher rankings within Google’s search results. Within the past few years, some companies have dodged the bullet ... 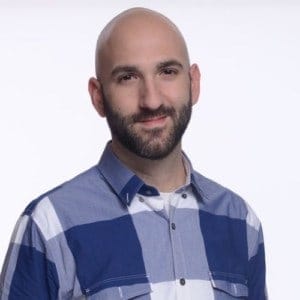 Originally introduced in February 2011, the Panda series of search algorithm updates are intended to prevent sites with poor-quality content from achieving higher rankings within Google’s search results. Within the past few years, some companies have dodged the bullet by modifying their sites, while others have paid the price and have seen their ranking drop.

Should you worry? By reading this article, you stand a better chance than most of remaining in Panda’s good graces.

As early as Google’s first announcement on Panda, the search giant has been shockingly vague as to the nature of the factors that were discovered and utilised by their newly implemented, machine-learning-based algorithmic update. The initial announcement informed only of a new general assessment of quality factors, and suggested that users who had been negatively affected abide by its modest Quality Guidelines in the future.

Google’s quality guidelines are undeniably useful, yet they lacked (and continue to lack) any actual practical advice for dealing with the Panda update in real-life scenarios.

This information vacuum has led to the Panda algorithm becoming one of the most ubiquitous Google “penalties” of the last decade. And while Panda has effectively taken down countless low-quality sites, many innocent sites of decent quality have suffered as well, due to this lack of general instructions on the topic.

What are the exact factors that Panda is primarily concerned with, and which factors weigh heaviest in the machine learnings’ quality assessment algorithms?

Information on Panda remains sparse as continual updates to the algorithm are released, but small insights are given by Google’s web spam team via webmaster help forum posts and webmaster hangout Q&A sessions. Thankfully, the SEO community excels at compiling and sharing useful data. One particularly ambitious SEO, Josh Bachynski, has compiled on his personal site a list of every public statement made regarding Panda factors.

The majority of these public statements remain unsurprisingly nebulous, though we can begin to identify certain trends. Positive Panda factors include items such as general user satisfaction (low bounce rates, high conversion rates), as well as positive social mentions or reviews from Google’s trusted services.

Things get interesting when we take a look at the negative elements. Though many of these factors are merely the mirror opposites of the positive factors (low user satisfaction, negative social mentions, etc.), we see an unusually strong focus on duplicate, aggregated and thin content. Ask any SEO who has had to wrestle with Panda in the real world, and they’ll tell you this is where the story really begins.

Identifying Panda in the wild

Let’s say you’ve noticed a shocking drop in Google organic traffic to your site and you’re currently poring over your analytics data trying to assess the damage. No manual action penalties have been reported in Webmaster Tools, and you haven’t recently made any major changes to the site.

Here are two distinct signs you can look for when diagnosing a possible Panda hit:

The scale of your site’s organic traffic is a significant indicator of the presence of Panda. The first step you should take is to determine whether the loss of organic traffic has occurred primarily on a single or small number of pages vs. across the entire site or a significant section of the site.

We know Panda will only affect a section of pages or the whole site, so if your most significant landing page just lost all organic traffic and is the main and sole source of your overall traffic loss, we’re probably not looking at a Panda situation. Luckily, if you do find this to be the case, you’ve narrowed down your problems to a single page and can deal with them accordingly.

This is typically the most obvious sign you’ve been hit by Panda – Google has publicised the approximate launch date of all 27 minor and major updates to Panda. In another stellar example of the SEO community aggregating and sharing information, Moz has compiled every significant Google algorithmic update and change to the search engine result pages (SERPs) in its excellent algorithm change timeline.  If there was a Panda update that fell on the same date your site saw organic traffic loss, that’s a pretty solid indicator that your site is on the algorithm’s bad side.

Once you’ve determined the Panda algorithm is targeting negative aspects of your site and resulting in a general organic ranking loss, it’s time to fix them. The total list of factors referenced earlier is a great resource, but as alluded to earlier, the major negative Panda factors are:

Identifying and removing pages with these attributes should be top priority when solving a Panda issue. Pages do not need to be literally removed from the site; they must merely be removed from Google’s index.

Though site quality determinations are based on page level analysis, it is important to note that at the end of the process, Panda evaluates sites in totality, not just pages.

Think of it this way: If your site contains a sufficient number of pages that are perceived to be low quality, Panda will kick in, and you’ll see large-scale ranking drops. No one knows where this magic ratio lies – whether it has to be 50% of the indexed pages on your site, 30% or 70%.

This turns Panda into a risk-mitigation situation, where the most sensible action is to fix every problem you can find in hopes of returning to the positive side of this Panda kick-in point. If you can identify the offenders and make the correct changes, theoretically you can rehabilitate the ranking.

Keeping an eye on the future

Panda has proven to be exceedingly frustrating for many site owners. The ethical concept of establishing a new “site quality” standard and providing very little detail on how to comply is questionable at best. Regardless, Google is most likely the primary source of organic search traffic for your site and at the end of the day their word is essentially law.

Fortunately, the SEO community thrives on testing, discovering and, most importantly, sharing information about these algorithm updates. As long as Google continues to roll out potentially damaging updates that require technical or logistical adjustments to overcome, we’ll be here to help guide you through them.

A web designer and SEO expert with over 15 years of experience, Ryan has been involved in organic search since the advent of the industry. As head of SEO training at Sq1, Ryan's primary goals have always been to break down the complexities of search engine marketing and present them in a fashion that anyone can understand. With specializations in Google penalty revocation and advanced indexation strategies, Ryan has personally been involved in penalty rehabilitation for over a dozen major brands' websites. An accomplished writer and speaker in the SEO industry, Ryan's work has been featured in marketing publications across the globe, including special recognition for his groundbreaking guide on SEO Pagination in the Moz Top 10.