Richie Jones: Serendipity and its Opportunity

Serendipity exists in everyone’s lives. The chance bumping into of an old school friend, the meeting of a future partner by total chance and on a grander scale the discovery of Penicillin or the invention of the Microwave were ... 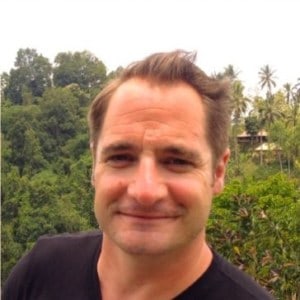 Serendipity exists in everyone’s lives. The chance bumping into of an old school friend, the meeting of a future partner by total chance and on a grander scale the discovery of Penicillin or the invention of the Microwave were all chance serendipitous discoveries.

The later discovery was the result of a certain Percy Spencer noticing that a chocolate bar that was in his pocket had melted after standing in proximity to a radar machine, quite a way to discover such a transformative invention.

Serendipitous encounters be it with destiny or the discovery of the next big thing are all part of the rich tapestry that is life.

The tech online world is littered with serendipitous encounters and coincidences that led to countless innovations taking place and have now made possible the digital landscape we all increasingly take for granted.

The very process of serving a geolocated offer on an iPhone is wholly dependent on a myriad of inventions all converging in the right space in time.

The miracle of the smartphone is only possible due to Moore’s Law, smaller and smaller battery technology, the US Government opening up GPS satellites to civilian use, Tim Berners Lee inventing the world wide web, high speed data via mobile networks and a certain Steve Jobs being spurred on by the less the creative copycat Bill Gates.

With the digital landscape comes opportunity to serve ‘Mega contextual relevancy’. Be this directions to the local railway station or a geolocated promotion from a nearby Italian restaurant.

The kings of this contextual relevancy are Google who ever since the pioneering of its Adwords platform have been amazing at surfacing an ad super relevant to what a user is looking for.

Google call this moment ZMOT, the Zero Moment of Truth. Make the path from search or expressed need via an app for example to conversion as frictionless as possible then your brand will win especially if trust has been garnered via reviews and ratings.

The digital revolution has also fostered fundamental shifts in social etiquette. It’s now common place to not finalise a meeting venue with a friend until often minutes before meeting them, all because the mobile phone facilitates this.

This seismic change in how we all plan our diaries leaves consumers open to opportunities for brands to market their wares in ways that appear to be serendipitous or, synthesised serendipity.

Icebergs meeting ships in the night that were said to be unsinkable aside, serendipity is on the whole an enjoyable experience so with the element of surprise comes the ability to delight.

The many data points brands now have on consumer behaviour be it a Facebook or Foursquare check in or the use of a certain hashtag all mean brands can interrupt a consumers day in a useful way.

This of course extends way beyond money off eating out, but right into the heart of high street retail. Interrupt a consumers journey in the correct way and they could be picking up your product from their nearby Collect+ or similar Click and Collect location as part of their commute home that very same day.

There are of course limits and there are a few examples of where the use of digital serendipity can go a step too far.

This example called ‘Meet and Seat’ from Dutch airline KLM uses the Gygya social platform. As impressive as the platform is (I’m a huge fan) do customers really want to get to know their fellow passengers in this way?

The platform offers the ability to login using LinkedIn to find similar people. Based on the amount of inbound spam I receive via LinkedIn opening oneself up to a flight next to someone who wants to sell to you the whole way would not be much fun, no matter how short the flight.

Other examples of serendipity getting carried away could be the use of wide broadcast iBeacons as opposed to low frequency iBeacons that actually enhance a point of sale experience.

Step too far aside the ability to disrupt a consumers normal day, coax them into buying when they were least expecting it and then retaining them is an attractive proposition for any brand keen to flatten out the peaks and troughs around the online retail peak.

Head of digital/eCommerce at Saltrock, Richie Jones is an award winning digital transformation professional with a full breadth of on and offline marketing experience. He thrives on the disruptive impact the internet has had on business, or 'creative destruction'. Richie has presented at Internet World on several occasions on the importance of building brands online, as well as just websites. He has presented at the Travel Distribution Summit and was on the judging panel at last year's Performance Marketing Awards.