The Premium Programmatic Video Premise of 2015

The key theme for digital advertising in 2015 will be the evolution of premium programmatic, as publishers increasingly make their premium inventory available via programmatic channels and the demand for programmatic TV increases. In addition, multi-screen marketing campaigns will become ... 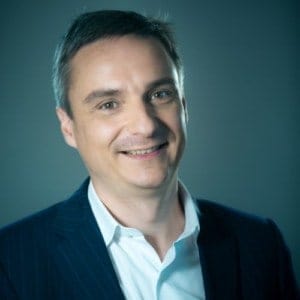 The key theme for digital advertising in 2015 will be the evolution of premium programmatic, as publishers increasingly make their premium inventory available via programmatic channels and the demand for programmatic TV increases. In addition, multi-screen marketing campaigns will become the norm, and the ad industry will finally be compelled to tackle fraud more effectively.

Here’s a closer look at how the industry will develop next year:

Next year we will see a continued shift of advertising budgets from TV to online video as buyers aim to extend their reach and achieve a higher ROI, and the volume of online video advertising purchased via RTB is expected to grow by 92% in 2015. Digital video is a lucrative channel, with 84% of global internet users watching videos online. However, advertisers should not switch entirely from TV to online video as these two formats can be used in conjunction to achieve the optimum viewer experience. Running video ads on relevant digital channels prior to playing that same ad on TV has been shown to increase brand recall by 33%.

TV advertisers will also shift budget to programmatic to increase reach with a more aggressive price angle, and the availability of premium programmatic TV inventory is appealing as it makes the process of ad buying more efficient while dealing with select publishers. Broadcasters such as Sky have already been experimenting with programmatic, having recently launched the AdSmart platform, enabling audience segments to be targeted using first-party data.

The rise of PMPs

As more and more premium publishers, including TV broadcasters, move their inventory into programmatic channels next year, the need to maintain the same granularity in terms of control and transparency will see the Private Marketplace (PMP) come to the fore. These direct, invitation-only marketplaces allow premium publishers to make their inventory available to a select pool of trusted buyers, and combine the increased efficiency of programmatic with high levels of brand safety and contextual placement.

A quarter of British consumers engage in social conversations about the TV content they watch – conversing with people across the globe via a range of social media channels and on multiple screens. In 2015, we will see a greater number of TV inventories being made available, including video on demand, on demand TV, and connected TV, which will begin to resemble traditional linear TV formats. Sales of connected TV sets are expected to hit 141 million globally next year and the real challenge for advertisers will be effectively monetising inventory for this channel, so it will be interesting to see who comes to market with a programmatic solution designed specifically for connected TV. Demand for such platforms is likely to increase over the coming months as publishers look for a premium programmatic solution to monetise this valuable revenue stream.

Due to the multiplication of screens and changes in viewing habits – for example second screening while watching TV – publishers will take advantage of their entire inventory by monetising all screens using premium programmatic solutions, and embracing emerging technologies such as TV syncing. Mobile inventory will be a key driver for publishers, with mobile ad spend estimated to grow by an average of 38% a year until 2017.

Fraud is already a prominent issue in the adtech world, with global online ad fraud estimated to cost enterprises as much as $10 billion annually. In 2015, the advertising industry will at last get to grips with efficient anti-fraud technology and the benefits it offers publishers, brands and consumers, finally helping to ease the burden of fraud.

Discussions will move on from who is committing the fraud, to how preventative anti-fraud technology should be implemented, determining who is responsible for administering it – the publisher, the ad-tech provider or the advertiser – and who fronts or shares the cost. We will see companies across the board taking action to manage fraud in a controlled and transparent manner, which will include an increase in premium marketplaces with tighter controls over inventory.

Overall the biggest news of 2015 will be programmatic becoming the default buying method for integrated cross-screen campaigns – including a wide variety of TV formats. As PMPs allow greater inventory control and transparency, and the ad industry finally gets to grips with fraud management, next year’s marketing budgets will be increasingly shifted to premium programmatic across all verticals and channels.

Hervé Brunet – originally trained as an engineer – began his career in the media industry at the Bertelsmann Group in Munich, Germany. He then joined the telecommunications industry with start-up company, Redback Networks – today a subsidiary of Ericsson – where he spent ten years contributing to its international development, and subsequently became the VP Sales Asia Pacific, based in Hong Kong. With his significant management experience in B2B technological environments, Hervé soon became a leading entrepreneur and in 2009 successfully co-founded StickyADS.tv alongside his business partner, Gilles Chetelat.