Running an Affiliate Programme on Multiple Networks – A Polish Thing?

My search for information about the Polish affiliate market has returned very few results so I’ve have decided to find out for myself. The only data I have access to that tells me anything about the market is the ... 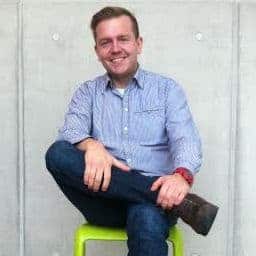 My search for information about the Polish affiliate market has returned very few results so I’ve have decided to find out for myself. The only data I have access to that tells me anything about the market is the affiliate programmes themselves.

Registering to the 15 most common and easily accessible networks, I have gathered a list of all the programmes that didn’t seem to tell too much at first glance (click to enlarge):

WebePartners is the biggest network in terms of the merchant’s portfolio – they have about 350 programmes, almost twice as many as Tradedoubler or zanox, but everyone knows that it’s not the number, it’s the budget that matters. WebePartners focus on a longtail of small retailers.

I had to spend some time explaining to CEO’s who had already seen the chart ranking affiliate networks by the number of programmes they run has never been my intention: Big brands don’t like to be placed in the middle.

Pasting into Excel almost 1800 merchants seemed to be a laborious task at first, but it turned out to be easier than expected as more than 40% of the programmes are duplicated across the 15 networks. Vanquis Bank, Wonga.com or Kredito24, representing the financial sector, exist in 6-8 networks. That explains for example why System Partnerski Bankier.pl has one of the less unique merchants portfolio – they specialise in finance.

Some questions arose from these findings:

Is it the belief that working with several networks will multiple conversions?

Usually networks would have very little motivation to “go above and beyond” if they are just one of the many. Especially, when there is the same offer and the same creatives, everywhere. You can’t expect special treatment if your offer is not exclusive.

Secondly, you shouldn’t be expecting an access to a greater inventory of the affiliates- it is said that 80% of the affiliate networks income is generated by the same super-affiliates, who cooperate with all the major networks.

Is it safe to cooperate with several networks on the same programme?

In the world of the last click rule, it’s not. Overwriting the cookie exists only within one network. Imagine that you run an affiliate program on two networks (network A and network B). There is a customer who clicks your banner ad from network A, but for any reason he doesn’t finalise the transaction (cookie from network A will be saved on his browser anyway). Some time later he sees your banner ad from network B, he clicks it and finally buys. In this case you’d pay twice for the same transaction- both networks will have tracked it and expect the commission. There are ways that network A’s cookies can be overwritten by network B’s, but it’s more of a custom solution, not a built-in platform functionality.

So when I found that 40% of the programmes are listed on several networks, it made me wonder how many of the merchants are aware of the possible downsides of this fact? Is the value of the Polish affiliate market overestimated?

There is a chance that the scale of the problem may not be equal to 40%, and in fact could be much lower- the Polish market mostly uses leads. It’s a bit easier to identify the same lead coming from two different sources that it is with sales.

Running my own affiliate programme, I would be very reluctant to have it on more than two networks, unless they would guarantee proper deduplication. Having it on several platforms brings hassle with validation and payment. I don’t think that potentially greater exposure to bigger affiliate inventory may be able to compensate that.