How the Ad Tech Landscape will Transform in 2015

Rapid growth will continue to be a key theme in the digital advertising industry next year, with global digital ad spend predicted to top $630 billion (emarketer) by 2016. However, within the adtech space, other topics are likely to take ... 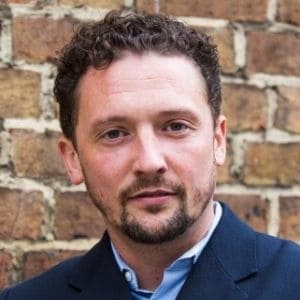 Rapid growth will continue to be a key theme in the digital advertising industry next year, with global digital ad spend predicted to top $630 billion (emarketer) by 2016. However, within the adtech space, other topics are likely to take centre stage in the form of consolidation, acquisition, and competition. In particular, the activities of big brands such as Facebook and Google will have a significant impact on the entire ecosystem.

With that in mind, the ad tech landscape is likely to be dramatically altered over the coming year, so what does 2015 hold for those involved?

Positivity will lead to acquisitions within the space

Over the next 12 months, we will see considerable positivity within the ad tech space, and we’re likely to see a number of large scale programmatic businesses embarking on an IPO as a result. Meanwhile, experienced marketing services companies will be looking to acquisitions as they try to create closer synergies to client data and align it to programmatic. For example, we’ve already seen the acquisition of BlueKai by Oracle. On the other hand, Google’s directive prohibiting data management platforms (DMPs) from firing tracking pixels on ads running through the Google Display Network – unless they also own the demand-side platform (DSP) buying the impression – will mean that standalone DMPs will begin to struggle.

Start-ups in the ad blocking space

Greater emphasis will be placed next year on on-site content control, content access, product usage, and transparency in publisher consumer exchanges. In connection with this, we anticipate more start-ups focussed on creating ad blockers in 2015.

Over the next 12 months, Google and Facebook will ramp up its fight to win advertisers and publishers. Facebook’s acquisition of Atlas was significant as it allows the propagation of the Facebook ID into a publishing environment and will enable the social network to bring more publishers on board. We can also expect Facebook to build its own audience platform as it seeks to overtake Google in mobile ad spend by taking a small cut from publisher actions. In doing so, Facebook will take revenue directly from Google and own the mind share in this space.

A changing role for agencies

Agencies will become educators, facilitators and enablers for brands, and 2015 will see more acquisition and investment focussed on research and activation, and less focus on media buying, planning, and optimisation. WPP led the pack with last year’s acquisition of South African agency, Acceleration, which focuses on data activation. As brands move away from owning DMPs, we will see more agencies pivot forward and hold advertising data for their clients.

While brands – particularly ecommerce brands like eBay and ASOS – are already aware of the critical issues with cookies, they still have some way to go to fully appreciate the value of advanced audience identification. Some brands are pushing spend to single sign-on environments, where they can use device IDs to understand who they’re talking to, and communicate with them in the context of their behaviour and environment. Others – especially FMCG brands – are focussing on social because they can understand consumers in this environment, but this does mean they’re missing out on the other links in the consumer journey.

There’s still a big education process waiting to happen and this will begin during 2015. Brands will increase their use of identification management with data segmentation over the next 12 months to simplify the process of understanding who consumers are and how to interact with them at device level. Data will be properly managed and used effectively as a means to identify consumers, and this transition will apply most significantly to the mobile space. In 2015 – through use of trading desks and advanced identification tools – brands will become better educated and more able to collect, share, and interpret consumer data from any device and environment.

A number of large scale data businesses are developing cross-device capabilities that link to offline data. This will reduce reliance on online behavioural advertising (OBA) and provide detailed information on consumers, their characteristics, and the kind of decisions they make on a daily basis.

To conclude, sizeable shifts within the adtech landscape next year will see increased competition, acquisition, and consolidation, as well as a renewed focus on advanced audience identification to build up a true picture of the consumer. From new start-ups to big brands such as Facebook and Google, 2015 will be a pivotal year for the adtech industry as a whole.