INside the Boardroom US: Todd Eicher, Executive Director at Nelnet

When everything is going well, it’s easy to keep moving forward every day along the same path. But when suddenly you hit a bump in the road and take a moment to look at the environment around you, you ... 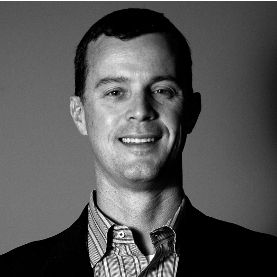 When everything is going well, it’s easy to keep moving forward every day along the same path. But when suddenly you hit a bump in the road and take a moment to look at the environment around you, you may realize the world has changed and become a disconcerting place.

In performance marketing, our environment is always evolving — faster now than ever before. Consumers are smart, with more easily accessible intelligence at their fingertips. And they’re busy, rarely giving their full attention.

If you’ve been heads down for a bit, it’s time to realize that what you’ve been doing probably doesn’t work as well today as it did yesterday. And it’s even less likely to work tomorrow.

A lesson from the U.S. higher education industry

From 1996 through 2006, U.S. K-12 enrollment was up every year (nces). This growth was indicative of future U.S. college enrollment, which grew by 5.2 million students during the period of 1996 to 2011 (US Census). During this time, many schools got lazy — and arguably a bit greedy as well. Performance marketing campaigns were commonly focused on quantity before quality, with 80 percent or more of school marketing budgets going to high-volume, low-converting, third-party affiliate inquiry generation campaigns. After all, to some it seemed all they had to do was open their doors and students would walk through.

Like every period of growth, this did not last. In 2007, K-12 enrollment started to decline for the first time in more than a decade. Meanwhile, a very public debate about the ROI of college was hitting the industry hard due to an inflation-adjusted price increase of 225% in just 30 years (CollegeBoard). As a result, between 2011 and 2013, U.S. higher education enrollment dropped by almost 1 million students, with further declines projected.

Performance marketing campaigns were caught in the crosswinds of this enrollment decline. The less reputable vendors, trying to earn every dollar on the table, adopted questionable inquiry generation practices. Meanwhile some schools, trying to maintain enrollment numbers, called prospects until they were weary. To address some of these issues, the government stepped in with increased regulations including new and updated laws (e.g. gainful employment regulations and TCPA), requiring disclosures and restricting certain marketing and enrollment language and actions. Suddenly, schools with a healthy fear of litigation were forced to adopt a “compliance first” approach, potentially impacting their campaign performance.

Schools were finally recognizing quality, not quantity, as the key to performance marketing and enrollment success. But media consumption had changed dramatically and the student prospect population had become increasingly segmented with the growth of online channels, especially social networking which was used by only 16 percent of U.S. internet users in 2006 and by 72 percent by mid-2013(SociallyStacked). Schools knew third-party affiliate marketing was adding legal risk without delivering the results they needed, but they did not have the expertise, strategies or infrastructure in place to succeed via other forms of performance marketing. In short, they U.S. higher education industry had boxed itself into a corner.

Performance marketing budgets are now slowly shifting away from third-party channels, with first-party, branded marketing efforts playing a larger role. During the third quarter of 2014, first-party sources delivered more than 40 percent of higher education inquiries ― in comparison to 35 percent one year prior and 25 percent in the same quarter of 2011. And because first-party inquiries conversion rates are so much stronger than those of third-party inquiries (9.43 percent vs. 1.55 percent during Q3 2014), performance marketing campaigns are beginning to see some needed improvement.

Recovery is on the horizon for higher education – but there’s still a long, expensive trip ahead.

Stay on your toes, be ready to take action

The higher education industry was caught flat footed and is now forced to play catch up. Here are some tips to make sure you’re never caught off guard like they were:

Tolerance for confusing business practices is decreasing. Put everything on the table with your partners and your customers and expect the same in return. Flip the model if it makes sense; often you’ll see increased yield as a result. Smart Degree has done this for the education industry by creating an opportunity for schools to compete for the best students instead of the traditional opposing scenario.

Use data to your benefit

We’re living in the age of big data, and this data can make you both more efficient and more effective. The best performance marketers capture everything, integrate it, analyze it and take action based on it. This allows us to effectively deploy marketing dollars across all media channels. But remember, data is not information and external changes can impact internal performance. For instance, U.S. college students are applying to more schools now than in the past – in 2011, 29 percent of students applied to seven colleges or more; up from just 9 percent in 1990. For schools who were measuring application rates, this change is dramatic and can easily be misinterpreted. It’s essential to have the tools and benchmarks in place and regularly monitored to make sure data is accurate and actionable.

Know your audience – including their media consumption habits – inside and out, and realize we all consume content in different ways. Base your media decisions on facts, not assumptions, and optimize regularly based on actual performance.

If you’re watching sales slip downward, it may be time to change your focus. Can you find a new market or a new partner to help you get back on track? Continuing with the higher education example, only 28.5 percent of the U.S. population (over age 25) has a bachelor’s degree (US Census). Based on this knowledge, many schools who traditionally recruited high school students have restructured their programs to focus on adult learners. Instead of struggling in the face of a declining market, they are redefining themselves to allow for growth.

We’ve all ridden with and against the prevailing winds at different points in our careers. It’s important to recognize that neither guarantees success, nor failure. There are many idioms to remind us that our business fate is in our own hands. I choose the words of Ferris Bueller, “Life moves pretty fast. If you don’t stop and look around once in a while, you could miss it.”

Todd Eicher is the Executive Director of Nelnet Enrollment Solutions (NES) and CEO of each of its companies: Sparkroom (the leader in performance marketing for the higher education industry), Smart Degree (a new approach to student enrollment created for non-traditional students) and Peterson’s (the most reliable education content provider in the U.S.).  A senior-level executive with more than 20 years of experience, Todd’s expertise includes performance marketing, college planning services, student loans and mergers and acquisitions. Todd holds a J.D. and B.S. in Finance from the University of Nebraska–Lincoln and is a member of the Nebraska Bar Association.