The Growing Landscape of Social Shopping

As the path to purchase has continued to morph and undergo disruption over the last few years, digital advances have made it increasingly possible for companies to engage customers during the shopping trip: whether it’s Google Maps recommending shops ... 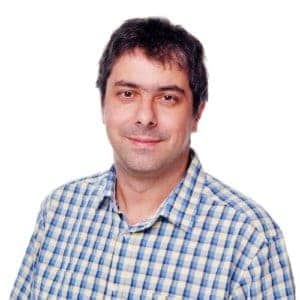 As the path to purchase has continued to morph and undergo disruption over the last few years, digital advances have made it increasingly possible for companies to engage customers during the shopping trip: whether it’s Google Maps recommending shops near you, Tripadvisor providing reviews (of hotels and restaurants) or Amazon providing a go-to place to check prices.

On a similar trajectory, social media has continued to evolve, with Facebook, Twitter, Instagram, WhatsApp as well as somewhat more focused social spaces such as Mumsnet or Pistonheads continuing to grow and evolve.

In a manner of speaking, social shopping has been around digitally for a while now. Looking at the number of posts on Facebook or Mumsnet which read: “What should I buy for my nephew’s birthday?”, these are ineffectively fulfilling a need: people want recommendations from people who they either know or don’t know, but know to be like them.

It’s ineffective because almost always the reply is a link or a comment which the retailer cannot influence by offering a discount (if appropriate) or varying the messaging – it’s a very personalised experience (on the social channel) which then instantly becomes a very unpersonalised one.

These attempts have been characterised by a desire to help connect shoppers to achieve greater value: whether it be advocacy (through Likes or Reviews), discovery (through curation), better prices (through co-buying) or fun (through gamification). There is also the world of Etsy and the like, which bring together producers in to the equation and – effectively – create an entire retailing ecosystem, of which social shopping is just one aspect. What none of these attempts have yet succeeded in doing is piecing together the trust inherent in social media with the commercial utility inherent in any of these propositions…and do so in such a way as to make the experience seamless and intuitive for the shopper.

Up until this point, there have been several barriers to the take off of social shopping: Groupon (and others) missed an amazing opportunity to connect up their email set with a network data asset, which would then allow for true social co-buying. Similarly sites which have very powerful review content (such as Amazon or Tripadvisor) have similarly not quite been able to create a social network from those assets.

Another barrier has been network connectivity and technology – as 3G and 4G has deepened penetration and shopper’s own mobile technology has continued to improve, the mechanical barrier to entry for social shopping has reduced. Like many other digital retail propositions, this is a trend that will continue to play out.

Moreover, the continued increase in penetration of eCommerce in to various shopper types and categories give the prospect of social shopping greater scale; as more people join the digital commerce ecosystem, there is greater and greater potential in social shopping.

Lastly, the battle of ownership of social shopping discussed above has itself been a barrier to growth and adoption in to the mainstream – as we have seen with the  growth of social media, it is only when certain platforms gain critical mass that true growth arises: the technology for Facebook existed long before Facebook itself came to dominate the market as they do today. This will be the same narrative that will play out with social shopping and we are likely near a point when there will be clear winners in this battle.

Jason is Global Multichannel Capability Director and has worked at dunnhumby since 2005, during which time he has held roles including Global Solutions Director for Category Management; Global Director of Products; and Solutions Director Brazil. Prior to joining dunnhumby, he was Space and Category Management Consultant at ACNielsen and has also held Analyst Developer roles at both the Royal Mail and Statpro.