Four Trends Agencies Need on their Radar for 2015

In a time of increased automation, transparency, and efficiency, agencies have found themselves needing to redefine their role in the industry. Far more than simply running ad campaigns, brand marketers are now relying on their agency partners to drive innovation ... 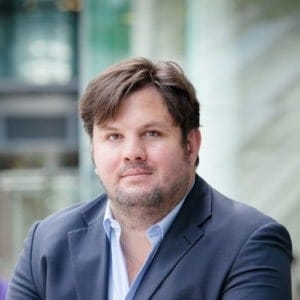 In a time of increased automation, transparency, and efficiency, agencies have found themselves needing to redefine their role in the industry. Far more than simply running ad campaigns, brand marketers are now relying on their agency partners to drive innovation and to help them understand how to get the best out of the latest technologies. For this reason, it’s essential for agencies to keep abreast of the latest trends and developments in the industry – enabling them to keep their clients ahead of the competition.

So what are the key predictions for 2015 that agencies need to consider?

The year of programmatic video

Video as a channel has been growing rapidly for many years. However, limited supply and early stage technology meant that optimising against data and scaling volume through programmatic had not yet occurred. This is starting to change, and 2015 will be the year we really see the impact of this come into play. Smart TV adoption has reached critical mass and the created infrastructures are ready to be monetised programmatically, so next year will see programmatic video include inventory emerging from Smart TVs at volume for the first time. In 2015, programmatic video will begin to take its rightful place in digital ad spend and agencies that understand the benefits of programmatic video will find themselves ahead of the game.

Dynamic creative moves up the funnel to prospecting

Dynamic creative has been used heavily in retargeting for a long time, but it has not yet been effectively applied to upper funnel prospecting activities at scale. 2015 is set to be the year that dynamic creative goes mainstream for prospecting as mid-funnel creative is personalised in real-time using variables such as audience segment, geo-location and demographics.

The lines between media channels have already started to blur and in 2015 this process will gather momentum, with increased convergence between digital channels including desktop, mobile, and online video, and more traditional advertising channels such as TV, outdoor, and press. We will begin to see media across all of these channels bought through a single platform and optimised against common data attributes to achieve shared business goals.

Long gone are the days when agencies could launch a carefully designed ad campaign and then leave it to run. 2015 will see a shift towards dynamic marketing – where advanced technology is used to programmatically optimise campaign delivery and creative across multiple channels.

While programmatic video will undoubtedly be the big story of 2015, there will also be an industry-wide shift towards making better use of data to drive dynamic marketing and deliver personalised creative at all levels of the sales funnel, as well as centralising media trading across all channels. By understanding and embracing these industry developments, agencies can be sure they are the driving force behind innovation and campaign performance in 2015 and beyond.

Chief product officer at Crimtan A Data and Technology specialist in Online Media since 2002. Experience across the industry including Publisher, Advertiser, Portal, Network and Agency side.