How Rich Media can Provide the Best Solution for Brands

Online advertising can feel like a slog. It shouldn’t – great technology meets the right creative, delivered to the perfect audience; add to that real-time data and an ability to change it on the fly. What’s not to like ... 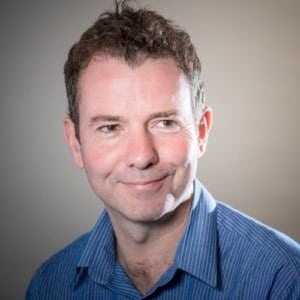 Online advertising can feel like a slog. It shouldn’t – great technology meets the right creative, delivered to the perfect audience; add to that real-time data and an ability to change it on the fly. What’s not to like? The reality is that it’s hard to make online advertising work these days. It’s hard as a supplier and hard as a brand. The consumer is a sophisticated and intolerant beast: they are in control and they do not want their precious browsing experience interfered with.

We know this. As an industry we’ve often been the beggar from The Life of Brian, bobbing around in front of the punter hoping to get noticed. In the old days, it was the pop-up, or for Tangozebra, a rich media version called ‘Toast’ as it popped up when it was ready. In 2000, the first overlay was being produced in Gt Titchfield Street; soon intrusive rich media with its more noisy remit disguised as great creative, was doing the shouting. Fortunately we grew up as an industry and started to care more for the poor user; it took us a little bit of time to realise that great creative was the key to success, less so technology.

Despite being behind those early overlays at the time, I would regularly write how technology wasn’t the solution. Tech suppliers build product; we take it to market then typically let others decide how it’s used. More recently, retargeting has become the new pop-up – an overdose of which has a detrimental effect on the brand’s ambition; the same is true with pre-roll, and in that arena greater care is needed as the level of intrusion is way greater.

So, what’s an industry to do to reach and engage a tricky player? Like each phase in online advertising’s journey, native is finding favour but this time, rather than shouting, we’re in disguise: we’re not advertising, we’re content; we’re sponsored content. But what the past 20 years should have shown us is that tricking an end user doesn’t generate brand advocacy. Despite spending the last 18 years running tech companies, tech is not the saviour; if you want to reach and engage an end user, focus on them and their passions; give the creative guys time and space to do a proper job, and then add tech.

Why do I still trouble myself with rich media?

However I look at it, I come back to rich media holding the potential for the most rewarding online advertising experience a brand can have; if it’s done properly. The challenge is how to realise the ‘properly’ bit and it can be frustrating trying.

Rich media shouldn’t mean an intrusive experience. It shouldn’t have to be cloak and dagger; what it should do is deliver an immersive, interactive experience that is brought on through the appeal of a great piece of creative. Many will not believe me but tens of thousands of campaigns over many years tell a story. And ironically, it’s actually a story that is so often the catalyst to interaction. For example: back in 2010, we at Rockabox decided to test a theory – how would removing a brand’s identity from a mid page unit (MPU) impact on the performance? But it wasn’t just about de-badging the creative – we wanted to illustrate that end users do care about great creative and will genuinely engage.

So, thanks to a good friend sitting at the top of a major agency, and a then willing client, we launched a rich media campaign without branding, but in particular, we added to the ‘moody’ silent-video creative within the MPU, a title and a short description that articulated what was lying behind the call-to-action. Back then, we weren’t able to target in the way we can today with a programmatic platform, so suitable verticals were chosen by the agency and the campaign was launched in a good old direct way. How did it fare? From memory, the worst performing site (a major newspaper) delivered just over 6%; the best, 18.6%. We saw over 9% on a major portal. What was especially interesting was the level of engagement once the user had interacted with the initial creative. It was bonkers.

At the time, I had a short flutter with how to make this ‘content media’ model work. Despite mind-blowing results, we weren’t able to persuade brands (via their agencies) to park the branding and focus on the creative. But, we’ve not given up and I remain excited by the potential of rich media to deliver something special.

Since that experiment four years ago, we, as a business, adjusted our focus to improve our ability to target rich media dramatically through the exploitation of programmatic; our thinking is that a ‘content media’ approach will work better with more sophisticated targeting and the return will be greater if the media is bid-driven. It’s right back to that balance: the right creative, to the right person, at the right time, empowered by technology.

I’m hugely encouraged by the performance I’m seeing out of the programmatic rich media passing through the Rockabox platform. All the pointers are there to the considerable growth in engagement achievable through an algorithmic execution, but this is with creative that shouts out “I’m an advert!”. The challenge now is to have another pop at the unbranded approach to delivery to see what can really be achieved. Remove the branding and introduce exceptional creative and rich media might finally deliver the promise online advertising has needed for a long time.

Before Rockabox James was co-founder and CEO of Tangozebra, which became the leading provider of digital marketing solutions in Europe with a market share of 70% for its rich media solutions. In 2003, James was nominated as the most influential person in new media by New Media Age magazine; two years later Campaign magazine placed him fourth in a survey of the greatest Internet pioneers.