The Brits are the early birds this year. While most of us are kicking into Christmas, many, particularly in Europe, have already started the online search for summer sun and warmth. Data from Sojern, a data-driven traveller engagement platform, has ... 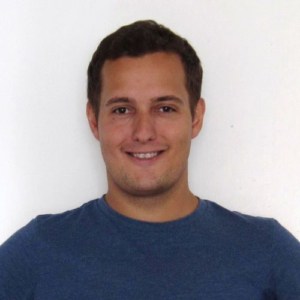 The Brits are the early birds this year. While most of us are kicking into Christmas, many, particularly in Europe, have already started the online search for summer sun and warmth. Data from Sojern, a data-driven traveller engagement platform, has found 7% of all UK travel searches from September were made for next summer — travellers in the UK tend to be early birds when it comes to research, planning and preparation.

Spain remains the number one destination for British and German travellers. The Mediterranean perennial favourite is already topping the charts for early birds looking for 2015. In contrast to the British and Germans, the French preferred to stay home last summer. But for a long holiday next summer? They’re eyeing the US.

Power in the numbers

Family travel leads the way for those getting organised. Over half of all searches in the UK and 66% of those in France and Germany are for trips at least 11 days in length and, of those, 40% are for group and family trips. In a nutshell, if booking a long trip, the majority are travelling in groups.

When compared to overall searches, those looking for group and family travel are searching at a rate almost double: only 20-30% of searches in Q3 were for long trips, and group searches were rather niche at around 10%. Explore this difference with the chart below, which juxtaposes the booking habits of the early birds versus the general average.

Solo travellers from the UK or France are heading for the US which takes over pole position. Party destinations Ibiza and Las Vegas also top UK traveller charts, while the French head to the Big Apple. Big city destinations — think New York, Bangkok, Los Angeles, and Sydney — are trending higher for solo travellers than for groups and families.

Mallorca is set to remain a favourite destination with the Germans, who are also the only ones to award a Spanish city the top spot on their summer list. British travellers are keen on the magic in Orlando and French travellers are dreaming of stars in Los Angeles.

Iceland, which rounds up the top ten for German early birds – trendsetters when it comes to travelling – is a top search hotspot for 2015. Also on the upswing next summer are Italy, Australia and Thailand, rising in the ranks in popularity.

Comparing the top destinations of summer 2014 to the trending ones for summer 2015 shows us that overall the same countries are in fashion, although domestic destinations and countries with close ties to the home country are moving up in the table.

Ireland also moved up the ranks for UK travellers, while the Maghreb countries are more popular as last-minute destinations for the French just like Austria and the UK are for the Germans. We expect to see bump in bookings to these destinations late next spring as business travellers and short-distance travellers book closer to the departure dates.

EMEA Insights Analyst at Sojern.  Based in London, Dorian Quint has been working in the data analytics space for 10 years, covering a wide variety of industries from automotive to payment services, telecommunication and digital marketing. He has a Masters in Business Administration from Humboldt University of Berlin and a Masters in Applied Statistics from Birkbeck, University of London.