Retailers: The ‘Always Connected Consumer’ is Here to Stay

For a long time marketing commentators have been trying to kill-off different media channels. Voices echoed through blogs whispering that email is dead based on stories of 20 year old digital natives in Silicon Valley who had never used an ... 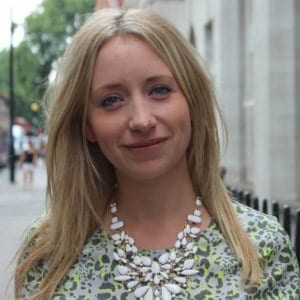 For a long time marketing commentators have been trying to kill-off different media channels. Voices echoed through blogs whispering that email is dead based on stories of 20 year old digital natives in Silicon Valley who had never used an email. TV is dying because, well, the internet. Even nascent and disruptive technologies weren’t safe.

As recently as 2010 some industry experts were convinced three year old smartphone apps were never going to last or have any meaningful impact on commerce. Well, here we are in 2014 with the growth of smartphone usage and internet connectivity exceeding predictions and more apps than ever being created, downloaded and used.  TV is very much still alive and well and more emails are being sent than ever, as one intriguing project has illustrated by working out the number of Skype calls, Reddit votes and Tweets, amongst other things that are being made via the net in real time.

So what’s going on? Why is nothing dying out like expected? Quite simply, because the different channels aren’t fighting it out like the home TV screen and the big movie theatres did in the past. The relationship is not a mutually exclusive one, but rather complementary, because the mobile – which has fast become the portal most of us use to connect to the internet – is of course, inherently mobile.

Cinema attendance was at its highest globally just after World War II, then the television was introduced on a huge scale in the 1950s and cinema-goers started to stay at home, with average visits per year steadily declining. The same thing did not happen when connected smartphones gained mass adoption. TVs did not see a dip in sales, and average hours watched have increased in the last decade. So much so, there is now a website where you can calculate how many days of your life you have spent watching TV based on the show names you input. The results can be surprising but potentially scary too.

The smartphone creates a device that acts as a companion to whatever your customers are now doing. Instead of binary and independent channels, represented in a strict bar chart, we have beautiful overlapping Venn diagrams where sharing is a must and there is no winner.

Why, because if you were to make the customer choose, they would clearly choose their mobile, with reports stating that the majority of smartphone users are total nomaphobes (suffering from a fear of being without a phone) not being able to leave their device alone for more than seven minutes in the day.

Through use of Twitter hashtags at the beginning of shows, to fully interactive programmes like Million Pound Drop and The Singer takes It All, TV producers are waking up to the fact that second screening is “a thing” and beyond that, it is a good thing, enhancing, amplifying and favourably augmenting the viewing experience. It will be a different kind of consumption focussed on live TV, events and interactivity, but it is certainly not dying.

So what does this mean for retailers? The same super-connected consumer is now walking into stores, with the ability to price compare, share and research while on the move. Retail can make a move to embrace this like TV is beginning to do, or struggle down the line when a choice and convenience lose the customer. A smart approach is to join in the game – allow free wifi in-store and have your eCommerce site load automatically on open; use contextual marketing including beacons and location technology to make sure that you know when a loyal customer is in-store; invite reviews via connected screens and displays.

The power to win the customer is squarely in the hands of the retailer who is not scared of the mobile device in-store. Businesses need to stop marketing at users’ smartphones like they’ve simply got access to some annoyingly small desktop computing device. That overlooks the one thing that is the benefit of a connected smartphone. The mobile is mobile. It’s also cherished and checked more than any other connected device, all day, every day, wherever your customers are, a trend that is only growing with time.

And yet the way campaigns are built and executed they currently rarely take into consideration where the customer is when they are interacting with messages. Are they at home, on the train or actually in-store? At what point of their day are they choosing to connect? How they react to any message will change accordingly. It’s all about context. Context is gained through location, through proximity, through weather and through likes and dislikes. Context is a big data mobile play and is the differentiator that makes mobile marketing the perfect medium for truly relevant messaging.

The world has changed; the Internet of Everything and how your customer connects to it is the great macro-trend that is augmenting and altering shopping patterns. Consumption has blurred into one seamless experience, both physical and virtual. So getting your mobile strategy right is becoming as important as even having a website in the first place.

So what’s in it for the customer? There are clearly data privacy challenges that need to be addressed when looking at context aware marketing. Every sensor in the customer’s smartphone can provide information about what’s going on in their world – from compasses providing direction and altimeters establishing which floor of a building they are on.

Businesses simply can’t help themselves to this kind of information, and nor should they want to.  There is a much greater benefit to be had from a clear and prominent privacy policy with thorough opt in policies. Couple that with better service or a discount or offer and you find that customers are willing to share this information with marketers. Younger customers almost expect it – with 61% saying that they are happy to swap information in return for a more personalised experience (SmartFocus study, September 2014).

With Apple’s introduction of Apple Pay a few months ago, we’ve started to see mobile payments in-store increase. The loop is then fully closed from mobile marketing to mobile in-store commerce – for certain Apple devices at least. Where traditionally mobile marketing has been seen as the responsibility of the digital marketing department, payment via mobile alongside proximity marketing brings it squarely into the camp of bricks and mortar retail divisions. It also presents a huge opportunity to combat showrooming. With almost 50% of people admitting to browsing in-store then purchasing online, (SmartFocus study, September 2014) anything retailers can do to keep the sale rather than risk losing to a competitor becomes hugely worthwhile. Context aware marketing via the mobile is the best play for this scenario; messaging users when they are in the all-important purchasing mind-set.

The future of marketing rests on a few incontrovertible facts: social media is here to stay, the average consumer is mobile, increasingly local… and probably female. CMOs need the technology that perfectly connects them with this developing demographic. An actual mobile strategy does this. With big data capabilities it’s now possible to collect, store, analyse and manipulate an unprecedented volume of information in fractional amounts of time. Match that with a relevant and real-time messaging platform and business can achieve true context aware marketing, wherever the customer may be.

Jess Stephens is a cloud business entrepreneur and the new Chief Marketing Officer at SmartFocus. Jess brings an invaluable breadth of marketing and leadership experience to SmartFocus. With an unashamedly enthusiastic approach to data, she knows all about the huge impact disruptive technology has in bringing brands closer to their consumers. As Chief Marketing Officer, Jess is responsible for bringing SmartFocus’ brand to life and telling our unique story globally. Prior to joining SmartFocus, Jess was the Founder and Director at TagPoints and held senior leadership roles at MoneySupermarket Local Deals, Local Daily Deals and Filofax.