Due to the high price of inventory on the Black Friday weekend and poor performance on social media channels in 2013, some have suggested that instead of increasing advertising activity on the weekend itself, we should use social to boost ... 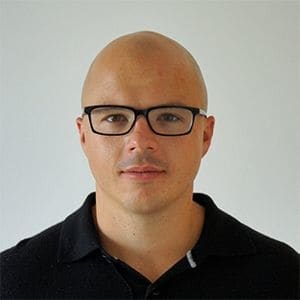 Due to the high price of inventory on the Black Friday weekend and poor performance on social media channels in 2013, some have suggested that instead of increasing advertising activity on the weekend itself, we should use social to boost engagement before Black Friday. But now that we can see the influence of each channel on the others, is this a shortsighted view?

It is generally considered good practice to increase advertising spend before the holiday period hits. This is true for a couple of reasons, the first being to build up a bigger pool of in-market users before the sales. Programmatic advertising, particularly retargeting, relies on having a good feed of data, and by boosting advertising efforts early, you can build a bigger data pool of users to target on the sale weekend itself.

The second reason for increasing advertising before the holiday period is more specific to social media. Struq, a Quantcast company, found that CTR on US Facebook advertising campaigns in the two weeks before Black Friday were 25% higher than the weekend itself. Engagement on social media is higher than anywhere else on the web, with people browsing and sharing more than they would anywhere else. That two-week period precedes the biggest sales of the year and it gets people talking and clicking in anticipation – take note: 47% of Americans say Facebook is the top influencer of their buying decisions, according to SocialMediaToday.

Social media is the new word of mouth; users and brands create and share content, run opinion polls and talk about promotions. By boosting traffic on social media early, you get free, user-fuelled promotion before Black Friday hits. The beauty is that it is the same place your eventual sale advertising will run. Social media brings the whole user journey to one place, something that is very important to advertisers.

Keep in mind that clicks do not equal performance. The click itself does not create revenue; rather it is the action post-click that makes the difference and the extra spend needs to be maintained throughout the holiday period in order to take advantage of that user anticipation when it matters most.

When comparing performance on Facebook campaigns for major U.S. clients both two weeks before and on the weekend of Black Friday, the results speak for themselves. Post-click conversion rate is 5.4% higher on the Black Friday weekend and average order value is 30% higher, even in the sale period.

Here we see the other side of social media’s functionality: as a tool to drive actual post-click performance. Conversion rates increased 50% in Q4 2013 compared to average performance and that is the reason that advertisers invest so heavily in the holiday season.

Advertisers are starting to understand that different platforms have different functions, and that viral world of mouth on social media is an important feature to capitalise on early in the sale period. However, as has always been the case with the advertising industry, we should not confuse clicks with performance and should not lose sight of those key periods of the year where we gain true boosts to performance.

Sam Barnett is VP Growth at Quantcast and the former CEO and Founder of Struq, the Cross Device Retargeting company that was acquired by Quantcast in 2014. Struq has offices in London, Germany, Sao Paulo, LA, San Francisco and New York and works with the worlds largest eCommerce, travel and classified brands such as Abercrombie and Fitch, American Apparel and EasyJet. Sam has been listed in the Top 25 Leading Thinkers and Innovators in online advertising, in Debrett's people of today, and has won numerous awards including  Entrepreneur of the Year (2013), Technology Entrepreneur of the Year (2012), Young Entrepreneur of the Year (2011, 2012), and Marketing Week's Rising Star (2011).”