INside the Boardroom: Kunal Gupta, Chief Executive at Polar

Scaling native ads is a great way to get a headline. We know native advertising and sponsored content works, and now the industry wants to figure out how to ramp up production, so to speak. I look at the format ... 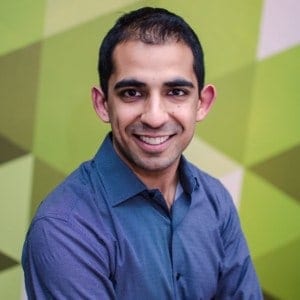 Scaling native ads is a great way to get a headline. We know native advertising and sponsored content works, and now the industry wants to figure out how to ramp up production, so to speak. I look at the format as it stands, and what we can scale is simple: amplification.

First we have to look at the past. How did advertisers achieve scale with display advertising? They started by working one-on-one with a publisher, then expanding to a couple more – before long networks emerged to handle the exponential needs and wants of a digital advertiser. Exchanges then replaced the networks, commoditizing inventory – producing a race to the bottom ever since.

Of late, publishers are testing a move away from this model. One only needs to look at Hearst magazines’ latest strategy of pushing “high-impact” ads, and not necessarily the lowest-common-denominator. Networks are not working, so why would the same modus operandi be used with native advertising?

It’s not how we scale, it’s what

Maybe that’s why people say native advertising can’t scale, but I don’t necessarily agree. We can scale, but not by building a network, exchange or programmatic tool. They will commoditize inventory in the same tired way – it’s thoughtless, tone-deaf campaigns using a network approach which lead to pieces like John Oliver’s assault on native advertising – and it would be deserved. Readers would abandon the format just as they did banners before it.

Instead, savvy publishers are scaling sponsored content by providing full service solutions to their clients in three key areas. Content creation and distribution, making the media and hosting it where readers place their trust; and content amplification, a newer service where publishers can corner the market, acquiring a larger audience on behalf of the client.

In the past, a brand or advertiser would reach their breadth of audience through a network, instead, cut out the middle man and let them come to you to navigate the world of content amplification.

The three types of amplification

There are three categories of content amplification: social, content, and search. Social is paid promotion you see on social networks like Facebook or Twitter, showing up in the feeds of the target demographic; content refers to recommendation engines like Outbrain which appear at the bottom of an article and suggest related pieces based on the originals content; search is the traditional search engine marketing for the specific content pages as opposed to broad searches for destination home pages.

How does it all fit? Here’s an example. A computer hardware maker such as IBM wants to reach technology executives, and speak to leaders in the field of cloud computing. They can write countless white-papers and blog posts, feature them on their own site and then target their audience through sites like Facebook, Twitter, and LinkedIn – channels which operate as a marketplace. The better the content, the better the click-through-rate(CTR); the better the CTR, the higher the price.

The likeliness of a click is low for a myriad of reasons, and IBM will have to pay a fortune for a workable CTR. What’s the alternative?

It’s this: IBM goes to a trusted news source which also has a sponsored content program. They receive help building great content and host it on the publishers site. In turn, the publisher promotes the content as living on a trusted source, and it costs the publisher much less to reach the tech executive than IBM by themselves because of the established brand of the publisher, thus they can undercut the promotional services offered to IBM by the marketplace, yet still turn a profit.

And that’s how you scale native advertising – not by network, exchange, or programmatic. A publisher scales the number of services and combination of amplification channels offered to advertisers and brands, capitalizing on their own brand recognition. Leaders are growing based on this game plan, and smart publishers should follow suit.

Kunal Gupta is CEO of Polar and regarded as a rising young visionary, shaping the future of media. The world’s largest publishers use Polar’s MediaVoice native advertising platform to grow their revenue. Kunal has been recognized as a Top 30 Under 30, a United Nations Global Citizen and Ernst & Young’s Entrepreneur of the Year.