INside the Boardroom: Richard Britton, Co-Founder and CEO at CloudSense

There is a common perception that the odds are stacked against traditional media companies and that ‘born digital’ titles have all the advantages. After all, what online-only news sites and apps lack in heritage they make up for with an ... 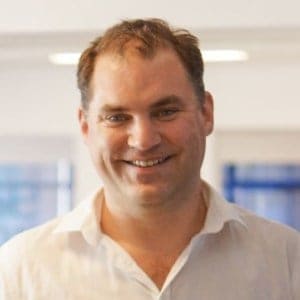 There is a common perception that the odds are stacked against traditional media companies and that ‘born digital’ titles have all the advantages.

After all, what online-only news sites and apps lack in heritage they make up for with an absence of  baggage from their past. These are designed specifically to be read on mobiles, with ‘snackable’ lists and video just made for sharing. Compared to these small portions of content, old-style news seems difficult to digest.

Unhampered by outdated IT systems, these young newcomers also know that the wheels of business behind their web pages spin freely and quickly in response to changing demands. In contrast, the ageing corporates are weighed down with unwieldy, patched-together technology stacks. They still need manual labour and extensive workarounds. Front offices are disjointed from their colleagues at the back.

They probably have a CRM system linked to core business areas, but it’s unlikely to cover the entire organisation. This means that they have no single view of each individual reader’s behaviour across both print and digital, so they are unable to deliver the highly personalised online content that today’s readers expect.

Besides, producing print and online issues concurrently takes time and resources. Although most publishers know that digital is the future, boards tend to be risk-averse and slow to make decisions; to them, the situation is too fluid and uncertain and there’s the temptation to accept a controlled decline rather than chance a hasty change.

Yet, it is within these in these fast-evolving situations that opportunities arise. When we recently carried out an extensive survey across the US and UK about the complex issue of monetising this content, the results suggested a glimmer of hope for traditional publishers.

In the UK, a total of 88% of those polled don’t currently pay for digital media sites and apps providing content such as news, fashion, sports and business, even though 45% had accessed online content that day. At the same time, only 7% were prepared to subscribe to receive this content.

In comparison, over half (54%) of UK respondents had paid for printed media over the past month. This highlights how consumers attach different values to these two delivery methods.

Of course, nobody in their right mind would suggest a return to print only. However, revenue from print advertising is still a mainstay for many titles, even if it is diminishing. This gives publishers a base for their new products and services.

But, they need to build on this as a matter of urgency, smoothing the transition to digital with cross-media products, rather than continuing to promote siloed sales. Cloud technology could change the game once again for them, enabling them to place a new technology layer on top their legacy systems. This provides the flexibility to make fast changes which then flow seamlessly into existing workflow and processes. It also encourages fast experimentation with ideas.

The winning formula will be different for each publisher or title – and finding it will need this fast iteration to enable them to fail, if necessary, and then quickly try again until they succeed. If this doesn’t happen quickly, readers will go elsewhere to competitors who have already successfully made the shift to digital.

Plus, the transformation needs to go deeper than tweaking content or the deals offered, It will take nothing less than a radical re-build of infrastructure to enable this required agility and allow publishers to bring more innovations to market faster.

Unfortunately, going back to our survey, there were few signs that the situation will improve in the near future, with the behaviour of digital natives suggesting that publishers will have to work even harder to monetise their offerings. In the UK, those in the 16 – 24 age group were shown to spend the least of all on purchasing media content with 78% spending less than £1 a week. Across all age groups, 58% currently spend less than £1 a week.

Of course, some of the big publishing names have already become early adopters and are re-inventing themselves using these methods. But there are still many in the industry, especially among local and regional publishers, who have yet to get their act together and build a new strategy.

Now they only have a short window in which to act, to rebuild their business and achieve the flexibility that a digital future will demand.

As CloudSense's Chief Executive Officer and co-founder, Britton oversees the company's technical and business strategy.  A key element of his role is advising companies on how to implement holistic IT systems that deliver a single view of the customer and manage the entire sales order lifecycle – from product design and order capture to fulfilment. Since 2009, under Britton’s leadership, CloudSense has grown into an award-winning £6m company with over 115 employees globally.  Prior to CloudSense, Britton was CIO at Easynet, where he introduced cloud technologies that transformed business processes.