The Magical Half-Second: Making the Leap from Brand Ignorance to Brand Advocacy

How can a marketer recruit advocates to a new product? It is far from easy. For most new products it is hard enough persuading consumers to notice the product, let alone try it, become loyal to it, or start recommending ... 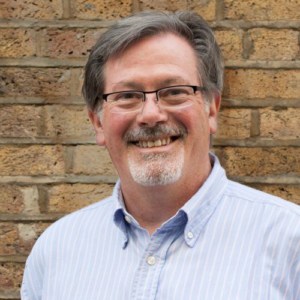 How can a marketer recruit advocates to a new product? It is far from easy. For most new products it is hard enough persuading consumers to notice the product, let alone try it, become loyal to it, or start recommending it to friends and family.

Solving the brand ignorance problem is often seen as restricted to offline marketing departments. However, online it presents even more of a challenge. The sheer volume of content makes it more difficult to catch that all important few seconds of the consumer’s attention.

In the fleeting half-second between a shopper noticing a new product in amongst the familiar ones on the shelf, or on their screen, there is the opportunity to make or break a fledgling business. New products and their performance marketers have three vital jobs to do if they want to use that opportunity well.

Sunbites, a healthy snack, had high repeat purchase rates but the packaging that was entirely focused on the wholegrain content of the product was putting off consumers who considered taste alongside health in their food purchases. It was not achieving credible shelf stand-out.

Changing the packaging to an exciting, colourful illustrative style and language to reflect just how tasty, light and enjoyable Sunbites actually are and to engage new consumers who were attracted to the idea of trialling a healthier, tastier snack, had an almost immediate impact.

Nielsen sales data revealed a 26% uplift in sales for the first three months. This was no short-term spike. Sales of Sunbites have risen from £8m before the rebrand to more than £40m now. This success began by getting noticed on shelf.

Get from shelf to basket by communicating desirability

To be noticed is not the same as to be bought. A brand can be garish and stand out on shelf but if it incites indifference or even revulsion it is not going to succeed. It must be desirable enough for the shopper to pick it up and put it in the basket.

This can be done in a number of ways. Brands need to think carefully about how the on-pack visuals – product imagery, colours, logo, and so on – as well as the copy they use to describe themselves. What product attributes do they want to convey? What tone do they want to adopt?

Sometimes there is a simple solution. For example, when in 2006 Higgidy Pies, which had built a £500,000 turnover selling its premium pies into deli counters and multiples such as Eat, gained a listing in Sainsburys, it redesigned its packaging introducing a window so shoppers could see the pies.

This not only shows the quality of the product but it is an approach that is unique in the sector.  Ultimately, the Higgidy brand promises pies that are as good as you would make for your own family. The window was the vehicle to convey the desirability of the product. Sales grew so that the company now turns over more than £20m and has just doubled its production capacity.

Give your consumers a story to share and make them advocates

People love stories. We love hearing them, and, crucially, we love sharing them. If your brand gives people who have tried the product and liked it, a story they can pass on to their friends and family then it is well on its way to creating brand advocates.

David Holliday and Oliver Shute set up their company in 2011 selling soups, stocks and pasta sauces made from wild game. They knew they were tapping into a growing food movement. But by 2013 it became clear that its brand and on-pack design was only reaching people who already eat game. The ‘Country Life’ visuals and copy were, in the magical half-second, alienating the affluent urban experimenters who don’t currently eat wild game but would if they knew about it.

So, the first change was to insert ‘and’ into the name. “David Oliver” sounded too formal, too staid. “David & Oliver” brought the brand back down to earth. Splitting the name also allowed the introduction of the two characters, David and OIiver, who are the embodiment of the brand. The logo, now full of life, tells the story of David and Oliver. It excites the customer, portraying exactly where the ingredients have come from and are going to.

Again, this investment in branding paid off. David & Oliver is now listed in Waitrose, it is adding ready meals – duck cassoulet and venison lasagne – to the range, and is expanding into export markets such as France and Belgium.

Most vitally it now has a small army of brand advocates up and down the country who are enthusiastically retelling the story of David and Oliver, two entrepreneurs who dared to do something different. The product, just like Sunbites and Higgidy Pies, now succeeds in that vital half-second.

Adrian has over 30 years’ experience gained in both agency and client side roles on global, national and entrepreneurial brand creation and development.  During his time at Ziggurat, Adrian has led the agency team onto the roster of most of the world’s largest FMCG brand owners including Unilever, P&G, General Mills, Mondelez, GSK, PepsiCo, Vodafone and Nestle. The 7 DBA Commercial Effectiveness awards that Ziggurat has been shortlisted for in the last 6 years Ziggurat are testament to the success of this work.