WiFi remains a cornerstone technology where the opportunity to innovate has never been greater. It is a sector that is continuously progressing and evolving, with new developments in 2014 promising to make it faster, hyper-connected and more efficient than ever ... 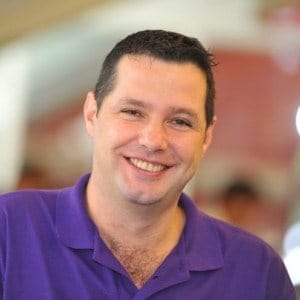 WiFi remains a cornerstone technology where the opportunity to innovate has never been greater. It is a sector that is continuously progressing and evolving, with new developments in 2014 promising to make it faster, hyper-connected and more efficient than ever.

With a current global market worth $40BN, and set to grow to $93BN by 2018, it will continue to attract a lot of investment, and therefore innovation over the coming years.

It is even being predicted that the current development of 802.11ac may make wired networks redundant due to Gigabit capability across wireless networks, especially those with 2 high-speed internet. WiGig, also known as 802.11ad, is one such provider coming into prominence. It is a 60 GHz technology that enables wireless docking and delivers short-range transmissions far more powerful than standard WiFi for consumers. Furthermore, the WiFi Alliance is also backing a ‘voice enterprise’ initiative to improve the quality of calls over WiFi networks along with a certification programme enabling extended power-saving features for existing WiFi installations.

It is unlikely that we will see those lovely RJ45 connections disappear overnight, but the building blocks are certainly coming into place for much less reliance on them. It is worth pointing out however that there is a real need for internet speeds to increase considerably as well. After all, WiFi speeds are great for internal traffic, but when you are surfing the wild web you are only as fast as the internet speed.

The big change to the way we interact with WiFi will only be seen as the HotSpot2.0 standard gains wider adoption. This initiative is based largely on the 802.11u standard and will genuinely transform the industry.

If we take a look at current WiFi interaction from the end users perspective, it often begins by opening your settings and WiFi, only to be faced with a very long list of SSIDs, depending where you are. All this really tells us is the name and whether it is locked or not. You certainly can’t rely on the name because anybody can broadcast an SSID and of course the SSID could be spoofing a real one.

Furthermore, if it is unlocked you have to ask yourself; “what’s on the other side?” It could be paid for, it could be looking to hijack your information or, as happens many times, nothing happens, as the internet isn’t working or it will not connect because it is oversubscribed. The best case scenario is you connect, and then you have to open a browser and go through a registration process.

With Hotspot2.0 the WiFi provider will broadcast much more detail; is the WiFi open? Is it paid for? Does it require registration? Is it oversubscribed?  So, you can make informed decisions about the network very quickly. This will also create a seamless experience where you never interact with the network if you already have credentials in place. That means, if your mobile provider, broadband provider, hardware provider or anyone else has a pre-agreed roaming agreement with the network, they can make all those decisions in the background and just connect you.

It will also make the clunky experience of connecting to public WiFi much smoother and intuitive. Based on the same information from the network, you may see that it is free but requires registration with social credentials. When you connect you will be taken automatically to the relevant page to complete this, and it can also pull required credentials directly from your device to make the whole experience quick and painless.

Will we see a continued increase in free WiFi?

The simple answer to that is yes. If you look at public WiFi in the UK as an example, we have gone from pretty much 100% paid WiFi to Free WiFi becoming the norm. It does not seem that long ago that we had to pay an additional fee for the WiFi in Starbucks for example.

We then moved to the point where people were not prepared to pay, and competitive forces in the food and drink sector pushed it all that way. These types of venues just want a tick in the box to keep their customers happy, but gain very little benefit. To them, WiFi is simply another utility like water or power.

Other sectors, such as Hotels are a lot more reluctant to let that revenue stream disappear, they have lost the revenue from phones and with WiFi they are losing any revenue from paid TV with people watching Netflix or iTunes instead.

It is also worth noting that the UK is a very mature market where public WiFi is concerned, and other countries such as Brazil are still pretty much all paid. I think the landscape of paid vs free will be driven by 3/4G coverage and data plans from Mobile Operators. If you have poor coverage/speeds or a low data cap the economics of being able to charge in a country are higher.

So to get back on track, I think there will be a massive increase in free WiFi but the dynamics of that will change. One big trend will be towards a freemium type model, similar to many online services such as Skype, Evernote, Gmail to mention a few.

This means, you will get a basic level of service free, and in the case of WiFi this will be time limited, data limited or a much lower speed. It is the latter that I think will grow in popularity, particularly with hotels. If you want to do email, social media or surfing, the speed will be OK. If you want to do Skype call, watch a video or anything else where you need a decent level of speed, you’ll pay a premium.

And of course the ad-supported or sponsored WiFi will play more of a part too. Ultimately, whatever the model, it comes down to the ability to monetise the WiFi asset in some way. There is no such thing as truly free WiFi because someone, somewhere has to pay for it.

More and more website properties are offering the ability to register and login using your social media credentials, it makes perfect sense. We have existing credentials that are verified, and much, if not all, of the details required for a form are stored elsewhere. So why would consumers want to continually repeat this process whenever they access a service?

The same goes for WiFi, particularly when the need for WiFi can often be in very transient. If you only want to go online for a few minutes, those additional minutes spent filling out the form make it a bad deal. Therefore, during 2014, and beyond, I believe pretty much every WiFi provider will have social login facilities, which is great news for the end user. That is of course as long as those providers don’t abuse that trust by posting on social media accounts without the explicit permission of the end user.

WiFi as a marketing tool?

The online world has been spoilt for many years with a wealth of data and analytics about how we interact with websites. WiFi is now paving the way for this same rich data to be available in the offline world. With mobile devices constantly beaconing, (looking for a WiFi connection) we are able to use this data to capture footfall, average duration times in a venue, frequency, recency of visits and many more valuable insights.

Combine this with users who connect to the WiFi and you have a powerful marketing tool, which lets venues understand the environment, identify visitors and interact with them in new and meaningful ways. Real time and highly relevant coupons or information for events are just two small examples.

WiFi and the growth of mobile usage

Global mobile data traffic grew by 70 percent in 2012 and the average smartphone usage rose by 81 percent. In 2013, mobile data traffic was nearly twelve times the size of the entire global internet in 2000. This will continue to grow in 2014, fostering the development of WiFi in the process. Hotspot 2.0 will enable any end-user to land in a foreign country and look for a WiFi network, rather than a phone network, based on their roaming agreement. This is already available on iOS7 and will soon be available to Samsung Galaxy S4 owners and other manufacturers by the latter half of this year.

Additionally, as innovative product developments such as Google Glass become more mass-market, WiFi usage will accelerate further, and by 2020 both cellular and WiFi frequency will become completely saturated. This, along with the increase in mobile data usage, is expected to put huge pressure on 3/4/5G networks, creating a need for more blanket coverage whilst leading to changes in frequency.

With over 15 years of experience working in technology-led or enabled businesses, Gavin has a deep understanding of the impact of technology on the bottom line of an organisation. He recently sold his last business, Applied Language Solutions, a global language technology and services business, and set up so Purple Group in 2012. Purple WiFi’s prime focus is on building an enterprise guest WiFi system that is end-user friendly.