Programmatic Advertising: Starting with the Basics

Chango's regional vice president UK and real-time advertising expert, Martyn Bentley, goes back to the programmatic starting line to clear up some misconceptions about the process. Join Martyn himself and a panel of industry experts at Performance Marketing Insights ... 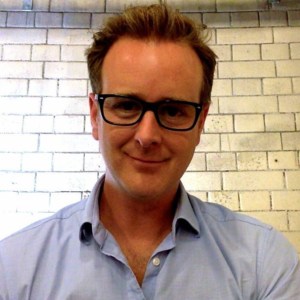 Chango’s regional vice president UK and real-time advertising expert, Martyn Bentley, goes back to the programmatic starting line to clear up some misconceptions about the process.

Join Martyn himself and a panel of industry experts at Performance Marketing Insights: London in October, as they aim to uncover some of the lesser known strategies for truly succeeding in the display space.

You have probably heard of programmatic advertising by now. But that does not necessarily mean that what you have heard is true. In case you have not noticed, there is quite a bit of misinformation floating around the Internet these days — and that is especially true when it comes to marketing. So, let us get right down to the basics.

The Definition of Programmatic Advertising

Most people are now familiar with a basic form of programmatic advertising known as site retargeting. With site retargeting, brands can serve ads to users who have previously visited their sites. So, for example, you might look at a pair of shoes on Zappos.com and then leave the site only to see a display ad for the exact pair of shoes you had just checked out. The aim of site retargeting is to drive a user back to your site for a conversion.

Why everyone seems so excited about programmatic advertising

Well, the money is certainly part of the excitement. According to eMarketer, by 2017, US advertisers will spend more than $9 billion on programmatic advertising (RTB). But it is not just about the revenue. The money is piling up only because the technology has been so successful.

Programmatic is no longer just about display banners. It is now possible to buy programmatic pre-roll videos that are shown before video content on major video networks, such as YouTube and ESPN.

On Facebook, brands can go programmatic via Facebook Exchange (FBX). The programmatic Facebook ads can appear in a user’s News Feed as well as in Right-Hand Column ads. Twitter, for its part, now has a programmatic buying option, Tailored Audiences, that allows brands to target consumers with promoted tweets. Meanwhile, mobile buying has gone programmatic as well- via both in-app and mobile browser-based retargeting.

So, now you know the basics of programmatic advertising. While there is certainly plenty of complicated technology at the heart of the process, as you can see, the concepts themselves are not so complicated at all. Programmatic really boils down to showing people ads based on what they are interested in. In other words, it is what advertisers have always dreamed of being able to do.

Martyn is responsible for establishing Chango’s suite of programmatic solutions in the UK and Europe. A diverse commercial background across international TV and digital (MTV, ITV, Microsoft and others) has given Martyn a thorough understanding of the challenges facing marketers in today’s rapidly evolving marketplace. Martyn’s experience and Chango’s Programmatic Advertising Platform and unique live intent data, bring disciplines as diverse as branding, social and direct response together to help marketers reach the perfect audience with new levels of efficiency.