Smart Publishers are Coming to a Conclusion with Native and Mobile

Last year, I saw a consistent theme run throughout opinion pieces from leaders in native advertising and publishing – that sponsored content was the answer publishers sought in their pursuit of mobile monetisation. As the format matures, storylines evolve and of ... 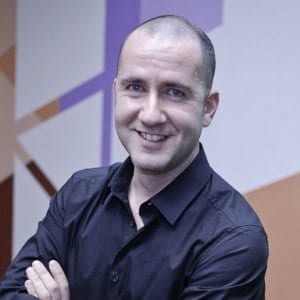 Last year, I saw a consistent theme run throughout opinion pieces from leaders in native advertising and publishing – that sponsored content was the answer publishers sought in their pursuit of mobile monetisation. As the format matures, storylines evolve and of late topics such as viewability, return on investment, and measurement have dominated the headlines – I wanted to take a look back and see if everything the industry predicted about mobile monetisation was taking hold.

First, there is the declaration that the banner is dead. Though no longer true for the desktop – where companies like Starcom and site sponsorship have reinvigorated the format – mobile is still no place for a display ad, where most users still claim to only ever click them by accident and click-through-rates are in turn abysmal. Native is a clear solution for mobile monetisation in this regard and that is why you see publishers now following the lead of social networks and app makers.

Facebook and Twitter posted profits this past year thanks to their mobile monetisation methods. Their audiences flocked to mobile apps, and it is often the only way some users interact with the social networks. By creating ad units that mimic the look and feel of their respective sites, and delivering their users to the respective app stores for their devices, keeping them within that ecosystem to make a purchasing decision, whether that be downloading an app, signing up for email list, or buying an album – except for U2, of course; their album is free these days.

This is not exactly new at the end of 2014, but what is innovative is the reduction of steps introduced by both Facebook and Twitter. Now instead of kicking you out of the social networks’s app you have open, the companies are creating their own purchasing tools. Twitter’s “Buy” button and Facebook’s yet-to-be-named option are not only a novel way to speed up a brand or advertiser’s call-to-action, they also cleverly keep users inside the app!

The second part of the equation is scale. In the early stages of native advertising’s success, the word we would hear from publishers is that native advertising works, but the resources and time required to truly scale and translate campaigns from the desktop to mobile prevented profitability.

Luckily, this is no longer the case. Publications have specifically leveraged their own existing content-management systems and ad serving technology to make the process of pushing a single campaign to multiple formats as seamless and scalable as possible. Leaders in branded content production like the HuffPost Partner Studio, SlateCustom, and Forbes’s BrandVoice took a technology focused approach to solving the problem of scale, and their success and name-recognition shows it is the right strategy.

Has native advertising solved the mobile monetisation dilemma for good? It is a fool’s errand to make such a bold prediction, but signs point to the positive.

From an industry survey we conducted this past summer we learned that almost 80 per cent of publishers are running native ads on mobile, and seeing their campaigns flourish on phones and tablets. Native advertising has not solved mobile monetisation for every publisher, yet – but those taking an analytical based approach and focusing on the technology and tools which can help them can definitely make a case for its success.