The Future of Mobile Ad-Spend and Why Yahoo Purchased Flurry

Global mobile ad-spend is predicted to increase 75% to $31.45bn as users are now spending over 50% of their digital time on mobile apps. This not only shows the importance developers are placing on app marketing but also the ... 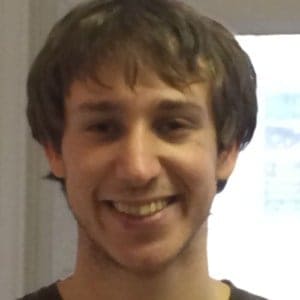 Global mobile ad-spend is predicted to increase 75% to $31.45bn as users are now spending over 50% of their digital time on mobile apps. This not only shows the importance developers are placing on app marketing but also the difficulty of doing so. With a broken app store resulting in the top six tech brands- Facebook, Google, Apple, Yahoo, Amazon and Ebay- owning nine of the ten most used apps and occupying over 75% of user’s time, this leaves little room for up-and-coming app developers and large traditional brands.

Additional problems such as a lack of cookie support and third party audience data on mobile have resulted in burgeoning acquisition costs. As CPMs have started to rise, conversion rates are still lagging behind. It looks on the surface like a lot of acquisition is blind; a ‘pray and spray’ approach to finding the right users, with little hope of making a positive ROI.

All is not lost though; for several years companies such as Facebook and Flurry have been busy collecting audience data, building up detailed third party user profiles: seeing what apps people use, how they use them, and who they are friends with. This data has enabled Facebook to charge $0.50 CPC and still produce the lowest CPIs in the industry. Twitter is also going down the same route, using real-time sentiment based on keywords.

Yahoo has for years been seen as a dying behemoth, but suddenly spurred into action by a recalcitrant Marissa Meyer determined to bring Yahoo back to life, or at least buy Yahoo’s way to success, has purchased Flurry, a pure-play mobile app analytics provider.

The sale cost hundreds of millions of dollars, and even though by all accounts Flurry was loss-making and debt-ridden, and lacking scale compared to rivals, its audience data proposition was seen as a golden goose by Yahoo, badly looking to bolster its mobile proposition.

Flurry’s data has the potential to be a game changer. Its trojan horse product, Flurry analytics, serves a vast array of app developers in return for being able to utilise their audience data and profile their users. This can make the difference between Yahoo selling inventory at $2 CPM vs. an enriched dataset producing results costing $20 CPM.

Whilst this will not be sufficient for Yahoo to catch Google and Facebook on mobile, it is an important step in the right direction, and also the reason why Yahoo valued Flurry at hundreds of millions as opposed to tens of millions.

The value of audience data

To put things into perspective, a campaign without audience data will probably achieve a 1-2% click to download rate, and a large drop-off post-download due to uninterested users. But if you knew exactly who you are targeting, the apps on their phone, and how often they are used, then it is possible to not just double your conversion rate but also in-app engagement rate, ultimately leading to greater revenue. Whilst, MobAd’s tests of Flurry have not yielded such positive results yet, which belies still how early on the proposition is, it is likely when combined with Yahoo’s back-end data to really have the potential to outperform rival exchanges such as Mopub and Nexage still reliant on DSPs acting without detailed audience insight, and potentially lead to a greater share of publishers moving to Flurry/ Yahoo to monetise their inventory.

In any event, this is a highly significant move for Yahoo and provides another useful step into the pure-play mobile world, which it seeks to grow into, to ensure not just its future revenues, but possibly also its long-term existence.

Daniel Solden is CEO of MobAd Agency, a direct response mobile ad-agency looking after clients such as SEGA, RedBull, FoodPanda, and Quidco. MobAd specialises in getting the best ROI by utilising cutting-edge technology & quantitative techniques.