How to Get a Handle on Your PPC Campaigns

One of the challenges CMOs and marketing executives are currently faced with is how to get a handle on the way PPC campaigns are structured. Some consider it tedious, others feel they lack a clear starting point or strategic direction ... 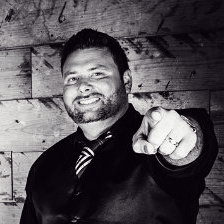 One of the challenges CMOs and marketing executives are currently faced with is how to get a handle on the way PPC campaigns are structured. Some consider it tedious, others feel they lack a clear starting point or strategic direction.  Most CMOs eventually reach the conclusion that campaign structure plays a critical role in determining the success of a PPC campaign once they understand the relationship between PPC and sales.

Defining the structure of a PPC campaign is not just about best practices, it is about establishing the right marketing communication mix, determining to effectively interact with your customers at all points of the purchase decision process and implementing a messaging strategy addressing each of your most valuable customer segments.  In short, your paid search campaign structure must support all stages of the purchase decision cycle, for all your customer segments.

The structure in broad brushstrokes involves the following:

Before you lift off, make sure you..

When you launch PPC campaigns you should follow this checklist:

Of all the things discussed in this whitepaper, the one thing that is paramount for you to remember is to keep your PPC campaigns singularly focused and targeted. You need to center your campaigns based on one objective that aligns with your goals and objectives, whether it’s a single product, theme, promotion or campaign segment. By choosing the right keyword and corresponding relevant copy and landing pages, you will increase conversions, cut costs, reduce waste, and get the message to the right people to the right people efficiently and consistently.

It’s fitting that Judge became president of Sq1, as he has been at the leading entrepreneurial edge of digital marketing his entire career. Before joining Sq1, he was co-founder and CEO of one of the most successful digital agencies in Texas. Judge helped his digital agency grow its client roster to include such notable companies as American Airlines, Mountain Dew, Pier 1 Imports, Dillard’s and Radio Shack. The youngest recipient of Comdex’s “Small Business of the Year” award, Judge has been a leader in digital marketing/performance media, user experience and web design and development for well over a decade.