Driverless Cars and the New Opportunities for Roadside OOH

In less than five months, Jeremy Clarkson’s worst nightmare will hit the roads of Britain. Driverless cars will be trialled in three cities next year and business secretary Vince Cable has announced the government will be making a £10m ... 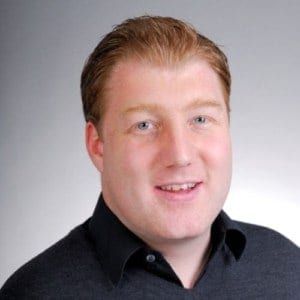 In less than five months, Jeremy Clarkson’s worst nightmare will hit the roads of Britain. Driverless cars will be trialled in three cities next year and business secretary Vince Cable has announced the government will be making a £10m fund available for developing the technology in the UK. So, what does this mean for the Out of Home (OOH) industry?

Just as avid fans of Top Gear will be anxious about what this means for the automotive industry, alarmists are already jumping at the opportunity to declare this the beginning of the end for roadside OOH sites. If no-one is driving the car, then who is watching the road and the advertising surrounding it?

However, this reaction is rather short-sighted. If anything, driverless cars will open up a huge number of opportunities for the OOH industry. The sheer volume of data these automated vehicles will collect is likely to have a considerable impact on advertisers’ ability to target campaigns. For example, a recent MINI campaign used car recognition technology to display personalised content whenever a MINI driver passed a poster site. While this was a hugely effective and targeted campaign, imagine what the impact would have been if the adverts could have capitalised on additional data to create more personalised messaging. Currently, roadside OOH campaigns have to balance personalisation with safety to ensure drivers are not distracted from the road. If everyone is a passenger however, advertisers will be able to target their messaging far more accurately and develop more personalised and potentially interactive campaigns which hold people’s attention for longer.

Former drivers, for instance, will suddenly have a lot more time on their hands and this opens up a whole new area for advertisers. Broadcasters, entertainment companies like Netflix and media giants like Google will be competing over an entirely new car entertainment ecosystem. There’s even the potential for these companies to subsidise the cost of the cars to ensure they are a part of the environment.  Google’s already been looking at how it can monetise free taxi rides in driverless cars – serving ads in automated taxis to passengers during their ride rather than charging a fare. This could even go one step further by taking passengers on a slightly longer route to their destination via specific OOH campaigns. After all, how many people would be prepared to spend an extra five minutes in a taxi if it did not cost them anything? This not only opens a new opportunity for OOH to influence consumers’ digital behaviour, but it would also have a fundamental impact on what makes a good OOH roadside site.

As time moves on and we come to better understand the new consumption behaviours driverless cars will breed, the OOH industry is going to gain a much greater understanding of the impact of location. If driverless cars do become the norm, we will need to redefine what makes a ‘good’ OOH site beyond traditional high value locations to entirely new sites designed to capture the attention of a new generation of window gazers. Roundabouts for example demand a lot of attention from drivers and therefore do not always provide a natural home for targeted OOH campaigns unless a lot of queuing or traffic lights are involved. In a driverless car however, passengers can sit back, relax and take in OOH campaigns as they pass by.

The inevitable increase in passengers browsing the internet, shopping online and catching up on their favourite television shows on their mobiles and tablets also opens up greater opportunities for multichannel advertising. For example, as passengers pass a roadside OOH advert, iBeacon technology within the billboard could trigger targeted push notifications to be sent to their mobile phones. This would make it easier to track the success of both specific campaigns and sites by making it simpler than ever for people to respond to the campaign’s call to action.

Whether passengers spend their journey reading, surfing the web or watching old episodes of Top Gear however, there will still be many people who simply want to gaze out of the window as they are driven around. Natural human curiosity to know where they are and what is out there, motion sickness and the stop-start nature of urban travel will keep passengers looking at the outside world and the various OOH sites it has to offer.

So to any sceptics out there, I challenge you to think back to your last car ride as a passenger and then tell me driverless cars will spell the end of roadside OOH.

Ben heads the innovation department at Posterscope, the leading global OOH communications agency. He is responsible for delivering the agency’s vision for the future of the outdoor advertising industry and ensuring its position as an industry pioneer is maintained. For the past 12 years, Ben has led campaigns for a range of blue chip clients across the globe, including Coca Cola, BT and Adidas.