The Growing Power of the Blogging Influencer

Ahead of her session on influencer engagement at Performance Marketing Insights: London 2014, veteran vlogger and founder of Tribal Media Mel Kirk reveals the growing power of social influencers, and how their value to your marketing strategy should not be ... 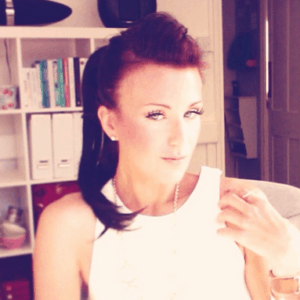 Ahead of her session on influencer engagement at Performance Marketing Insights: London 2014, veteran vlogger and founder of Tribal Media Mel Kirk reveals the growing power of social influencers, and how their value to your marketing strategy should not be underestimated.

With the importance of word of mouth marketing increasing as advertising fatigue sets in, more and more brands are looking to influencer engagement to help them along their way. It is said that blogs now rank as the third most influential source of information by consumers after brand and retail sites, so it is easy to see the appeal.

Sadly, all too often, brands consider influencer engagement to be an added extra that can be bolted onto social media campaigns as a way to increase numbers and engagement rates. With no budget set aside for engagement, it is common practice to want to offer ‘exposure’ to influencers in return for free promotion on their blogs and social channels.

Whilst this might have worked a few years ago when influencers were lesser known and looking for ways to market themselves, we now live in a time where many influencers have bigger audiences than traditional press. Bordering on celeb status and seated on the front row of some of the biggest fashion shows in the world, payment of influencers for their time is becoming more commonplace, as are influencers being represented by ‘agents’.

Let us consider this for a while. A brand approaches an influencer wanting them to try a new skincare regime. The new regime takes an extra 15 minutes a day for two weeks and the brand wants two posts, one at the beginning and another at the end, each taking an hour to write. In return they will offer products to the value of £50. In total, the influencer is looking at spending 5.5 hours to promote the brand and receives no financial incentive for doing so. You would not hire a marketing executive and not pay them for their work would you?

What is more, many of the brands are large corporates who spend masses in advertising every year. They simply have not put any of that budget aside for influencers. When an influencer has spent years of unpaid love and care into building their sites, establishing a community and building trust with their readers, why should they let brands piggy back off of the back of it for free?

Of course, there should be something in return for the brand. If you are paying for an influencer’s time, you should have the right to ensure they provide you with details of their analytics, to ensure that you are hitting the right target audience of course and that your brand is being represented in an appropriate manner.

You have won the jackpot and the marketing director has given you millions in budget to spend. You can pay any influencer to write whatever you like, right? Wrong. Having spent so long to establish trust with their communities, influencers are protective with who and what they feature.

We often get asked about the integrity of influencers when they are being paid for their work, but the truth is, if they do not like the product, they will not feature it, regardless of whether or not they are being paid. You see, if the product is not aligned with the interests of their audience and out of place with the type of content that the influencer would normally produce – it will stand out a mile and they will lose readers and followers as a result. The impact of this is that there will be fewer brands knocking down their doors to get to them. So, you can understand why they are so careful to ensure that they do not “sell out”.

Then There’s The Blaggers

Unfortunately there is a new wave of influencer otherwise known as the blagger. With brand new blogs and no established communities, they still find it acceptable to charge for tweets and posts having started their blogs with the pure intention of getting free stuff and making money rather than the love of the topic they are writing about or the support of the community.

It is all too easy for these new “influencers” to tarnish the rest with a bad name -but when done well, their support can help a brand to flourish. It is important that you (or your agency) are looking at the engagement levels of the influencers as well as reach figures. With the ability to ‘purchase followers’ on the increase, engagement levels are the only true indication of how dedicated an influencer’s community truly is.

This was demonstrated recently at a Kate Spade show where Jen Hsieh was invited to attend alongside blogging superstars, even though her Instagram account only had just over 550 followers at the time. The brand was clever enough to spot was that her community was so engaged that a simple image uploaded saw much higher levels of likes and comments and drove more traffic than some of her larger counterparts. A real asset for the brand.

Influencers have always existed, whether they were mums in the playground or friends who always discovered cool stuff first. The difference is that now they have the technology to reach a much larger group of people for their voice to be heard. Influencers are not going anywhere, with time, their audiences continue to grow and their authority and trust deepens, making their value increase.

Brands need to get better at building influencers into their core activity at the concept stage of campaigns as well as figuring how to build out longer more authentic relationships with key players in their fields. Budgets will need to be set aside to remunerate influencers for their time and brands will need to contribute to the community, rather than just drain, constantly begging for favours.

So few brands are doing a good job of this at the moment, that the good news is there is plenty of potential. The winner stands to grab it all.

Mel is the Founder of Tribal Media, a specialist influencer engagement agency. Clients include Kellogg’s, Vodafone, and OnePiece amongst others. As a veteran Vlogger, Mel’s team create compelling creative ideas that influencers want to engage with, formed from the ethos that influencers are central to all that they do.