The Network Landscape in the US and Canada

In the old days, it was easy. You had only a couple of affiliate networks to choose from, and they did basically everything the same way. Today, these players (primarily CJ Affiliate by and Linkshare) are still dominant, but there ... 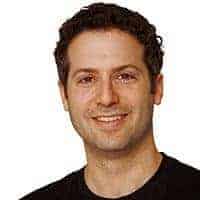 In the old days, it was easy. You had only a couple of affiliate networks to choose from, and they did basically everything the same way. Today, these players (primarily CJ Affiliate by and Linkshare) are still dominant, but there are also numerous mid-sized networks (Affiliate Window, AvantLink, Ebay Enterprise Affiliate Network, Impact Radius, ShareASale) and several software-as-a-service (SaaS) players that provide the underlying technological functions of a network without a dedicated affiliate base (Cake Marketing, HasOffers, and Performance Horizon Group, as well as Impact Radius). Given this complexity, understanding the strengths of each of these players is critical to making the right network choice.

In general, networks in the U.S. and Canada have tried to work with as many different types of merchants as possible. That said, a couple have developed a reputation for deeper expertise in certain areas- although they by no means limit themselves to these areas. LinkShare has long been big in the fashion space, while CJ has a strong foothold in finance. AvantLink has focused heavily on the outdoors market, building its brand with companies like Backcountry.com and more recently REI. Overall, however, vertical specialization is not a major differentiator, as most affiliates are signed up to multiple networks.

In the U.S. and Canada, geography is not hugely relevant for networks. Many merchants choose to simply run Canadian affiliates through their U.S. program. For merchants that do want a separate Canadian program—relevant primarily for those who can only ship to Canadian customers through a .ca site—options do exist. All of the major networks allow for separate Canadian programs, and AvantLink has set up a separate Canadian network at AvantLink.ca, which they are customizing for that market. However, unless there is a compelling business reason to deal with separate networks, it may be best for companies just starting with affiliate or coming to the U.S. and Canada from elsewhere to cover both countries with a single network. For companies thinking more globally, Affiliate Window (along with its partner network Zanox) is one of the top European networks and can offer synergies on both sides of the Atlantic. Similarly, the SaaS networks are all enabled in 100+ countries, allowing for easy access to new geographies if the merchant has affiliate relationships there.

Capabilities represent the largest differences between networks in the U.S. and Canada. There are three major areas in which networks have chosen different paths: service offering, tracking-only vs. affiliate relationships, and attribution.

While all networks offer robust tools for working with affiliates, some have chosen to offer program management services as well, which are typically paid for with separate and additional fees. All the traditional networks except for ShareASale offer such services (although Affiliate Window includes program management services in their network costs), while the SaaS players do not. Many merchants are keen to have a one-stop shopping experience, but there are a host of conflicts of interest due primarily to separate fees for most network and management services and the lack of independent representation. Merchants should perform due diligence before they consider this route.

The traditional networks highlight the numbers of affiliates they have signed up and charge fees based on the perceived value of these established affiliate relationships to the retailer. However, SaaS companies do not have their own built-in affiliate relationships and have moved toward pricing models focused on click / transaction tracking and related technology. This makes them generally less expensive, and attractive to merchants that want to manage affiliate relationships themselves, have a good agency doing program management, or want a “white label” program. This makes sense for large brands with big partners, as they tend to have more “pull power” and their partners will follow them wherever they host their program. Cake Marketing, HasOffers, and Performance Horizon Group all bring the technology and not the affiliates, and though Impact Radius does have aspects of a more traditional network, it also provides technology-only solutions to merchants.

Attribution is a key distinction between networks in the U.S. and Canada. Overall, the trend has been more flexibility in assigning value to an affiliate transaction based on the type of affiliate, position in the click stream, and other data, but some have embraced this more than others. As a rule, the larger the network, the more inflexible the attribution capability and the ability to act on collected data. On the other end of the spectrum, AvantLink allows for a high level of customization with its AvantMetrics pixel container, while ShareASale has an extremely dynamic system that does not require a separate container and allows for adjustment of commissions based on a variety of factors. The SaaS players also offer their own versions of attribution within the affiliate channel, and many allow for multi-channel visibility and management.

While a merchant’s choice of network will not make or break their affiliate program, choosing the correct network for the merchant’s strategy and scale can have a real effect on a program’s success. Many merchants do not spend nearly enough time educating themselves about the nuances of the various networks, an oversight which can have serious and long-term ramifications.

As General Manager of Acceleration Partners, Matt Wool is responsible for the day-to-day operations of the firm as well as the development of strategic initiatives. Matt is a veteran manager in the technology industry, and prior to  Acceleration Partners he managed the rollout of an innovative software as a service offering for a leading technology transfer consultancy and  was a key account executive for a healthcare technology professional services firm handling large hospitals and insurers. Matt started his career in the film industry with production and creative roles at Fox Searchlight, Dreamworks Animation, and Disney. He holds a BA from Middlebury College and an MBA from Boston University.