The biggest obstacle for UK and other western companies in successfully marketing to China is not the Chinese government. Nor is it the purportedly strange and incomprehensible market they attempt to enter. The problem is purely one of perspective.

Einstein admonished that a problem cannot be solved with the same mindset in which it was created, and the mindset that China is a distant landscape full of inscrutable people, capable of vaguely menacing ends, is the chief bugbear in leveraging the 21st century’s greatest marketing opportunity.

If “greatest” sounds like hyperbole, consider this: the world’s most populous nation is transforming from an export-led to a consumer-led economy, by government mandate. Just as China’s industrialisation leapt forward once freed from socialist structures by Deng Xiaoping’s reforms in the late 1970s, the nation is now frantically striving to catch up with post-industrial lifestyles.

This is where western organisations of all stripes have a huge but largely unleveraged advantage. China modeled its industrialisation on western science and technology. Today, the Chinese quest for a modern, post-industrialised lifestyle is inspired by western standards, which translates into the kind of quality products and services that every Chinese consumer knows are simply not available from domestic providers.

The burgeoning Chinese middle-class yearns for the kind of product-empowered comfort that Hollywood, and in turn the Chinese media, sells as the new normal. Be that a German car, French wine in the cupboard, a child bound for higher education in the UK or Australian seafood for dinner.

Companies in the luxury bracket are already capitalising in China, but the unacknowledged diversity of the Chinese market aggravates the problematic mindset. China has surfers, punk rockers, yoga and health food fanatics, all clamoring for authoritative western information and authentic western products.

This holds true in the B2B sector also. There are 137 cities in China with a population equal or greater to Berlin’s. Only a handful have anything approaching Berlin’s level of cosmetic dentistry clinics, electricity grids, university labs, and all the products that make those possible. No one’s making stereo microscopes in China, and a new university research center wouldn’t want one.

If the case for a watershed opportunity in terms of a huge and underserved market craving western goods has been established, then the next question becomes connecting with Chinese customers. Scratch a “China is too hard” proponent, and the resulting case study is always one in which an organisation tried to take a shortcut to the market by finding the magic distributor; the in-country expert who would buy products and take it from there.

There are no experts in China, even Chinese ones. The online revolution puts just about everyone, native or otherwise, on equal footing in front of a dramatically changed crowd of consumers. They demand transparency, quick online communication for product advice and rewards for brand loyalty. On the plus side, they share info on and recommend products that meet these demands like no other demographic - a reaction to an environment where public broadcasting and consumer rights have been historically disempowered.

As a result, China has an internet ecosystem that mirrors the west’s, one a western company can use to reach targeted prospects from anywhere in the nation, given an ongoing commitment to localising and promoting its story.

So, what of the country’s platforms for reaching out to its population of budding consumers?

Sina Weibo, a Facebook-Twitter hybrid, was China’s social media heavyweight giant until the mobile age ushered in WeChat, a WhatsApp clone that has evolved into an omni-functional mobile platform. Great hopes have been placed on monetising its 400m users with online-to-offline advertising and promotion.

For ecommerce, Tmall is the B2C engine that powers Alibaba, overdue for an historic IPO. Another erstwhile clone, this one of Amazon, Tmall has also evolved to offer vendors individual stores with a wide variety of UX and branding options, as well as intra-platform SEO and PPC capabilities to compete against rivals. Given its huge web traffic, 50% share of China’s 2013 $300 billion B2C ecommerce market and increasing costs of hosting and advertising a stand-alone site, Tmall must needs be made a case against, rather than justified, before launching a B2C campaign in China.

Less covered by relevant press, but every bit as important and useful to the western company with a China online mindset, is the great number of massive, integrated platforms for specific industries and verticals.

For example, a UK maker of medical devices shouldn't be posting on Weibo, but building its presence on something followed by a certain type of reader. There are industry-focused sites with not just advertising space but also news, profile, BBS, press release and even branded page opportunities, placed right at the heart of China’s conversation about the area in question.

For less product-oriented endeavors, such as tourism, there are sites such as Qunar and C-trip. Both offer free content placement opportunities. Qunar even has a page for Newcastle, which lists offers for attractions, restaurants, hotels, and shopping options as well as tour packages, all of which can be acted upon via the site’s online booking technology.

The takeaway is that old misconceptions about the nature of the Chinese market must be swept away to grasp the new opportunities available. Also, the relative ease and scalability of reaching targeted customers from across China via the internet are putting the old models of the magic distributor, or the resource-intensive, low-reach flagship store in Shanghai, into proper perspective. 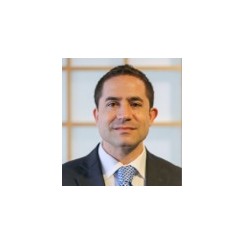 Ernie is Marketing Director at Web Presence in China, a full service digital agency headquartered in Beijing. He has been helping western companies enter the Chinese market for more than a decade.