Evidence that video and rich media formats have overtaken banner advertising to become the de facto choice for entertainment brands has emerged.

As people spend more time watching video on smartphones, the amount of entertainment brands that still use banner ads to share their creative with consumers is just 4%.

In its research, mobile video and rich media solution Vdopia found the share of banner ads dropped from 14% to 4% in just six months after analysing entertainment campaigns viewed by 23 million people.

“It’s not surprising to see entertainment brands embracing this. Almost 23 million¹ Britons view entertainment content via smartphones, they’re over 40% more likely to recall ads than the average smartphone owner, while the sector accounts for 15% of UK smartphone app time – behind only social and games.”

For more statistics from Vdopia’s Mobile Entertainment Report 2014, see the infographic below. 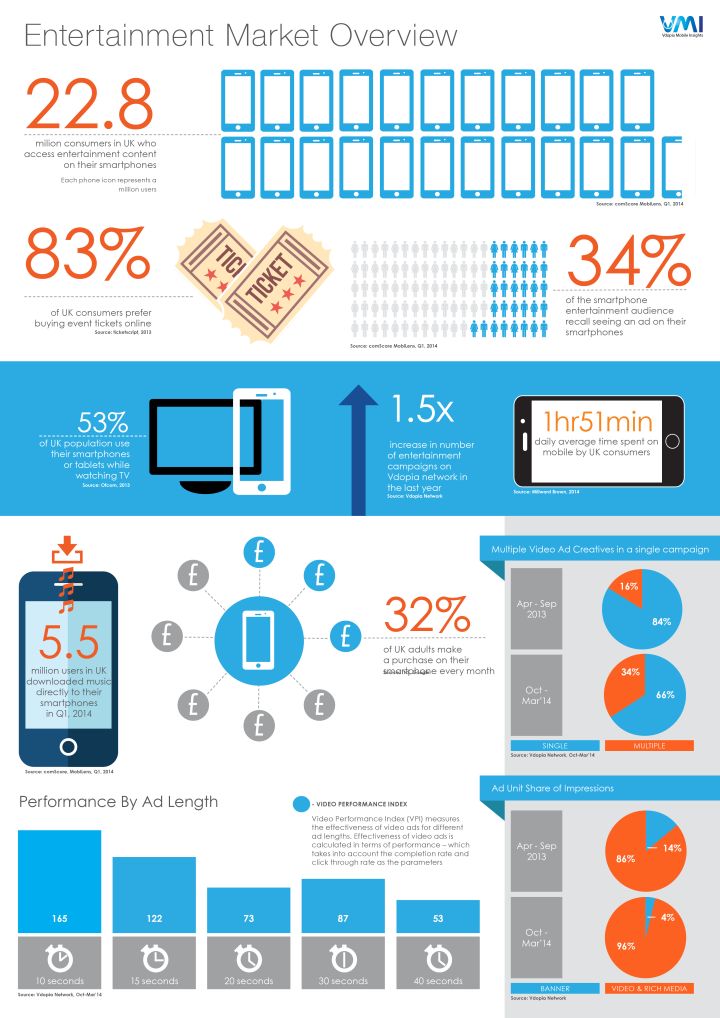