London’s “Silicon Roundabout” has long been a figurehead for the UK’s technology start-up industry, with other European cities, such as Berlin and Paris, also making their claims. But what about UK cities outside of London? There are still ... 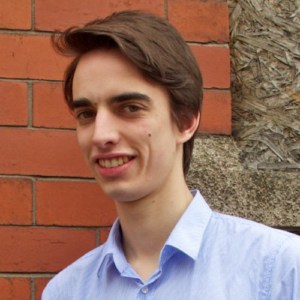 London’s “Silicon Roundabout” has long been a figurehead for the UK’s technology start-up industry, with other European cities, such as Berlin and Paris, also making their claims. But what about UK cities outside of London? There are still many within our industry who believe that the capital is the only place to run a digital business, but are they right?

I do not think so. I studied at the University of Manchester and, although the draw of working in e-commerce meant I did not complete my degree, I chose to remain in the city, basing my business there rather than in London. People said I was crazy to stay up North but, as the company has grown, I have never found our location to be a hindrance. We are continuing to attract exciting clients from around the UK and further afield; no-one seems to mind the long-distance relationship, so to speak.

Why Manchester as the tech-hub of the North?

Technology has long been part of Manchester’s history – in fact, the first stored programme computer was created here in 1948. Today, the city boasts the Manchester Science Park, which houses more than 500 science and tech companies, whilst another 6,000 technology-related businesses are located in local clusters including MediaCityUK, where the BBC and ITV are in residence.

Manchester’s population has grown by a fifth in the last ten years, almost three times the national average, driven in part by the number of people travelling to study and work in the city. This influx of talent, coupled with the city’s strong reputation in computer science, has fostered a new generation of internationally-focused Internet businesses that are transforming Manchester’s digital landscape.

Accordingly, my team comprises a diverse group of people from all over the world who have been attracted to the city’s thriving tech culture. They love it here for the lower living costs, higher standards of living compared to the capital and access to the green landscape that surrounds the city. We also have a pool of world-class educated computer science graduates from the University of Manchester to choose from when searching for new talent.

New workspaces are continuously popping up in Manchester, a notable example being TechHub, who create environments around the world for tech entrepreneurs to meet, work and learn, allowing start-ups to develop and increase their chances of success. Furthermore, the huge amount of digital entrepreneurs in the city has fostered a strong sense of community among people in the industry, people who can learn from and collaborate with each other.

The opportunity now is to make the most of the city’s digital strengths, increasing the talent pool by continuing to produce top-quality computer science graduates and encouraging businesses and entrepreneurs to pick Manchester and continue to build its digital future.

26-year-old entrepreneur Darryl founded his e-commerce agency Ampersand Commerce in 2009. He has since worked with a number of high-end brands and multichannel retailers, such as Harvey Nichols and Poundland, to help increase conversion and efficiency through the strategic use of open source technology.