Has Google+ Been Left in the Shadows of the Other Giants?

We haven’t heard many updates recently regarding Google+, has Google cast them in the shadow recently or do they plan to reinvigorate the social network to compete with their social giant counterparts? In fact, at the last Google I ... 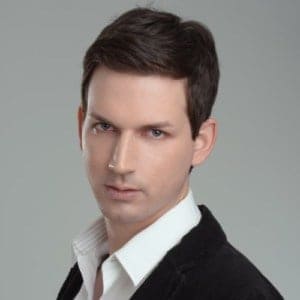 We haven’t heard many updates recently regarding Google+, has Google cast them in the shadow recently or do they plan to reinvigorate the social network to compete with their social giant counterparts?

In fact, at the last Google I/O conference there was very little spoken about Google+ in the realm of new updates and developments coming out. And perhaps that could be attributed to the fact that Google seems to be focused more on the Internet of Things space, focusing on Nest, driverless cars, smart watches, and glasses. That’s all a possibility. But to stay in the advertising game, Google+ will need to be a source that helps the search giant target consumers more accurately.

With Facebook and Twitter now publicly traded companies, Google+ will need to add innovation to their platform to play catch up.  Just a few years ago, Google came to the realization that search habits are not a parameter sufficient enough for accurate targeting for online and mobile ad campaigns. Search alone does not provide enough data on user interests and habits to target them seamlessly and accurately. With this in mind, Google was set to start collecting personal user data, through its own social network, hence Google+.

However, what Google failed to understand was that Facebook was already deep in that game, already dominating this arena for over five years. In addition, the lack of superior new features on Google’s part only contributed to the weak response of users to the search-giant’s launch of Google+.

While Google has been a clear leader in mobile marketing in recent years, we do see Facebook starting to eat deep into their profits, with growing advertiser demand for the social network’s traffic, specifically a mobile advertising demand. Google’s struggle to monetize over mobile is evident from Google’s second quarter earnings that pointed to the problem that the price advertisers pay when someone clicks on an ad (CPC) dropped 6% from last year because of the transformation to mobile advertising. According to eMarketer, Facebook accounted for nearly 16% of mobile advertising dollars spent globally last year, which is up from 9% in 2012 while Google decreased to a 41.5% share of mobile ad dollars last year from 49.8 percent in 2012. This could be attributed to Facebook’s targeting parameters and viral capabilities embedded into the network’s natural user experience. And Google seems to be finding it hard to compete with this new approach.

To increase mobile ad revenue, Google will need to find a way to target users accurately and directly to contribute to advertisers’ ROI on marketing dollars. Perhaps spending more time on Google+, a network that will affect their business now, rather than initiatives that will yield profits in ten years is a place to start.

Chief Marketing Officer at Marfeel Gil Regev serves as the Chief Marketing Officer at Marfeel, an ad tech company that revolutionizes the way publishers create and monetize mobile websites. Regev joins Marfeel with over ten years of experience building brands from the initial development stage to later stages of growth and industry leadership in the market. Regev has held numerous high-level roles in Marketing and Sales in the technology arena and has previously served as Vice President of Sales & Marketing at MassiveImpact, Senior Marketing Manager at Incapsula, and Director of Marketing Communications at fring. Regev received a Bachelor of Arts in Business and Economics from the University of California, Santa Barbara.