As the market matures, It’s no surprise that we have entered the age of ad-tech consolidation and acquisition where larger companies are swallowing up the smaller fish. We have seen Twitter buy MoPub (and more recently TapCommerce), AOL snatch ... 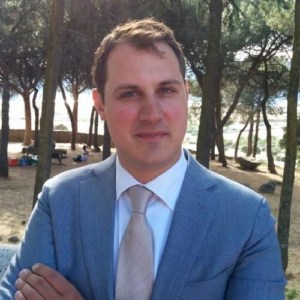 As the market matures, It’s no surprise that we have entered the age of ad-tech consolidation and acquisition where larger companies are swallowing up the smaller fish. We have seen Twitter buy MoPub (and more recently TapCommerce), AOL snatch up Converto, Opera MediaWorks seize AdColony and so forth and so on.  What these deals all have in common is that they are tech/media companies purchasing an adtech company, mainly to combine data collection with data monetization. However, the landscape took a cataclysmic shift when Dunnhumby sprang for Sociomantic.

Essentially what we have is a supermarket (Dunnhumby is a subsidiary of Tesco) purchasing adtech. This has since been followed by Walmart acquiring Adchemy, a company which helps marketers optimize their paid ad campaigns. These deals have many people scratching their heads, leaving them wondering what in the world is going on.

Why did Dunnhumby Purchase Sociomantic?

Dunnhumby bought Sociomantic because they saw a potential threat and they turned it into an opportunity. Ten years ago, Tesco decided to monetize its sales channel data to start a consumer science company called Dunnhumby. Why? Because, rather than FMCG companies who sells their products in their supermarkets, they own the contact with the end consumer .

Tesco did this to be more than just a retailer by strengthening its position against the FMCG companies for deeper insights and better sales forecasting. With the acquisition of Sociomantic’s algorithm and real-time data segmentation technology, their consumer science, transactional and eCommerce data can easily be activated and monetized.

What was the potential threat?

Big FMCG corporations such as Unilever, Nestle and Coca-Cola are still stuck with their media investments in big communications holdings like WPP and Omnicom. However, as soon as they understand the move of Dunnhumby, or would have been more quickly introduced to the value of adtech in their revenue chain, they already would have made the strategic step to bring technology like Sociomantic or Adchemy in house.

With that said, it’s worth mentioning that Nestle is a great example of an early adopter to bring its eCommerce sales channel to the direct consumers in the case of Nespresso as well as with the rest of its products piloting in Switzerland. This has the potential to be a great breakthrough and the start of a war with retailers. Another example is Tesla Motors. They cut out dealerships because they add no inherent value when it comes to purchasing a car. With this knowledge, we can forecast their next step in buying adtech.

Although we are still in the early days of segmentation – since it’s being stored in databases – imagine when we are able to segment and consolidate the immense data streams that mobile or the Internet of Things devices deliver. The potential to let display algorithms learn is astronomic.

The last signal for me that the big picture is all about connecting the dots is Google and Apple’s immense hunger for in-house and health data points, as was illustrated by the announcements surrounding WWDC and Google I/O as well as Google’s multibillion dollar acquisition of Nest. All in all, we can say we are on track to get the data collected, activated and monetized to finally deliver a better synced and more efficient world economy with less waste in production and communication than we have today. I know it’s going too far to say that Tesco’s buy of Sociomantic has anything to do with the worldwide sustainability trend, but it’s a step in the right direction.

What Other Industries are Next to Bring Adtech In House?

These technologies allow for companies to link the supply of their business with the demands of their customers to combine the right offer with their existing inventory. This effectively eliminates waste and makes companies more efficient, all the while boosting revenue and incremental sales.

All of this is just the beginning of a brave new digital world. The Adchemy and Sociomantic deals have opened up a whole new avenue of possibilities for ad-tech M&As. We’ll undoubtedly see a number of acquisitions throughout this year and into 2015 and the online ad world will be far better off because of it.

Mendel Senf, co-founder & chief revenue officer of Yieldr, is an ad-tech entrepreneur with over a decade’s worth of experience within the online marketing industry. Mendel co-founded Yieldr in 2008. As CRO he is responsible for general management and all commercial operations within Yieldr. He holds a degree in Business Administration and previously worked at the performance marketing network, zanox.