INside the Boardroom: Chairman at The Data Agency, Mark Roy

People flock to buzzwords like wasps to jam. Once an idea has caught on, even if it’s months or years away from making an impact on business, it’s tough to escape their sudden ubiquity. Terms like ‘the internet ... 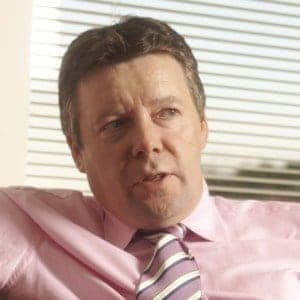 People flock to buzzwords like wasps to jam. Once an idea has caught on, even if it’s months or years away from making an impact on business, it’s tough to escape their sudden ubiquity. Terms like ‘the internet of things’, ‘native advertising’ and of course, ‘big data’ all fit into this paradigm. Even though big data has been around for years – and a few of us have built careers as experts in what to do with it – it still makes me chuckle to read some industry commentators still writing about it without seeming to initially understand what it is. It seems to be an industry habit with buzzwords to first talk around them before a definition has even been asserted, and then to discuss them as being far more complicated than they actually are. Whilst the processes involved with analysing and gaining insight from big data are complicated and require a high level of expertise, conceptually it’s very simple. Fundamentally, big data is just more data. The misunderstanding around big data is potentially hindering some CEOs and CMOs from getting stuck in to harvesting valuable insight into their data. It wouldn’t be the only time that industry buzz has clouded businesses getting value from their marketing activity. It’s been happening with social for years.

Social media has transformed many companies’ marketing strategies. In turn, their marketing tactics and budgets have evolved to factor in a large social media spend. But from a boardroom perspective the sums being spent on social media are mind-boggling. Of course, to run effective social media campaigns a fair bit of money must be spent. While the profiles are often free, most businesses build their followers with paid tactics; this is often through sponsored posts/tweets, competitions to win prizes, or advertising a company’s social media handles through traditional channels like television, print or out-of-home adverts. Once the number of followers grows, there’s further outlay in creating engaging content to publish on a company’s social media streams to encourage shares, likes and favourites. Yet, again from a boardroom perspective, what is the value of a like? What’s the change to the bottom line with an extra 1000 Facebook fans? As an extension of PR, it’s understandable. As a medium through which to directly communicate with individual customers, it’s great. Yet it’s next-to-impossible to discuss in terms of ROI. Marketing managers can’t say to the board, ‘here’s how much we spent on social media and here’s how much it’s made us’. For me that’s the fundamental problem with such a big chunk of marketing budgets going on social media. It’s hard to gauge whether it’s money well spent. Five retweets is not five sales. If companies are going to spend all that money on social, they need to ensure they know what to expect in return.

A LinkedIn study estimates that 81 per cent of SMEs use social media, with 94 per cent of them doing so for marketing purposes. However the best marketing accurately targets its outreach. Social media can only do so much in this regard. For example, it’s not particularly useful to your marketing activity to know what your customers had for breakfast which they’ve shared on Instagram. However, if you’re a clothing store and you can glean what type of shoe they prefer, that’s valuable information. It is remarkable how many people are happy to set up a company Twitter account and share jokes and other ‘fun’ content, but are then cautious about learning more about their customers. There’s already a great deal of wastage in marketing outreach from trying to engage customers, such as sending marketing messages to email addresses which are no longer in use, or direct mail to people who’ve moved house. Marketers have to make sure that their investment in social isn’t equally a waste. Sending out messages to people who aren’t inclined to listen doesn’t contribute to the bottom line – and there are far better ways to target consumers.

Mark Roy is chairman of REaD Group. Mark has been at the forefront of Data Marketing for over 20 years. He is responsible for the creation of market-leading data products and data solutions to meet the growing demand for data-driven marketing and intelligence.