Creative Shares Spotlight with Data and Programmatic at Cannes

Martin Sorrell summarised it perfectly when he pointed out that ‘Mad Men’s’ Don Draper would be perplexed by today’s advertising world and its shift in focus towards “Math Men” and data-driven advertising. Speaking ahead of Cannes Lions 2014 ... 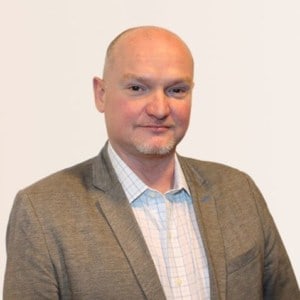 Martin Sorrell summarised it perfectly when he pointed out that ‘Mad Men’s’ Don Draper would be perplexed by today’s advertising world and its shift in focus towards “Math Men” and data-driven advertising. Speaking ahead of Cannes Lions 2014, Sorrell said the emergence of programmatic was now materially impacting the annual advertising jamboree – pointing out that Cannes now had award categories for data and data visualisation. To this point Sorrell stated, “This balance of Mad Men and Math Men, of art and science, left brain, right brain is really very important and we have to understand it.”

Sorrell’s comments have been made clear over the duration of Cannes Lions 2014, as debate, argument and revelations around programmatic and automation has been one of the dominant themes of a festival that is usually synonymous with creativity. While Cannes 2014 hosted a number of dedicated sessions on programmatic, it has been noteworthy that the subject matter has reared its head in plenty of others, as eager marketers and media executives look to plunder the latest insight by questioning session speakers on their automation strategy. Even outside of the Palais, the chat has been about programmatic on La Croisette on the way to the Carlton hotel.

So what have been the key themes and where is the debate heading? The festival has revealed that programmatic has flourished well beyond its digital display and video routes, and is now extending its wings into TV and other media. This was evidenced by digital advertising specialist Rocket Fuel, who hosted a session in which its president Richard Frankel shined light on how agencies are using programmatic platforms to complete TV buys. If this wasn’t enough, Frankel also wowed the Cannes audience by revealing how big-ticket advertisers like BMW and Lufthansa are using artificial intelligence to automate and optimise web, mobile and social campaigns.

What Cannes has showed is that there is no longer a debate about the impact and influence of programmatic: it is big, highly influential and is going to get bigger; the debate is now about what slice of advertising pie programmatic will make up. While many see traditional brand advertising working hand-in-glove with automated means of buying advertising, there still remains debate around the virtues of each.

Johah Peretti, Buzzfeed chief executive, expressed this debate in a session hosted by media agency Mindshare. Peretti explained, “We are in the business of brand advertising primarily, so when search and programmatic say they have high measurability, mostly what they are doing is finding people who are already going to buy a product and capture the last click to take credit for it.”

Debate is good, and let’s hope it continues, as that is how advertising models develop and improve. Meanwhile, coinciding with Cannes Lions 2014, ISBA made an announcement underscoring the importance of automated trading. From September this year, the advertising trade body will provide Real Time Advertising (RTA) courses for its members.

This confirms what many have known for some time: knowledge of the area is now a prerequisite working in the industry.