Previously, we’ve written some things you need to know about the Amazon Associates programme and some tips for getting up and running. At the time of those articles, you couldn’t earn commissions from sending traffic to purchase mobile ... 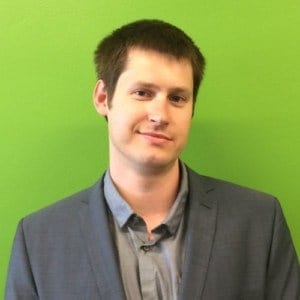 Previously, we’ve written some things you need to know about the Amazon Associates programme and some tips for getting up and running. At the time of those articles, you couldn’t earn commissions from sending traffic to purchase mobile apps or from traffic coming from your links on mobile devices. However, since then, Amazon has quietly opened its doors to both mobile and apps with its affiliate program. Let’s take a look at what’s changed.

In the last few months, Amazon took a few more steps towards even better mobile support for the international storefronts.  Where previously they didn’t allow any affiliation from mobile devices at all, you can now earn commissions from users perusing your mobile friendly website, or even your regular website from a mobile device, that are then sent to Amazon’s sites to purchase. It’s no longer limited to just Amazon.com either – all of Europe have jumped on board as well (UK, Germany, France, Italy, and Spain’s marketplaces), and you can even filter your reports to see commissions earned from mobile devices vs. your standard desktop in Amazon’s Dashboard.

Amazon is now also offering commissions from sales in their mobile app marketplace. This means that if your blog/site/social media points to Android apps within Amazon’s Appstore for Android, you can now make money off of those sales (just like the App Store for Apple – are you listening mobile app sites?). Previously mobile apps were on all of Amazon’s “Excluded Products” lists but are now missing on the Amazon.ca, Amazon.co.jp, Amazon.in and European storefront’s.

China and Brazil have language within their list of excluded items that states they don’t allow for the sale of apps but still seem to be offering commissions for them. Whether this is just language that needs to be cleaned up, or an oversight on allowing those commissions is yet to be seen.

First, at the end of last summer, Amazon.com released a new Mobile Associates API for Android that allows mobile app developers to build in the ability for users to purchase items from Amazon straight from inside an app. This was a big step for Amazon and a giant leap for all of dev-kind as it opened up a whole new revenue model for native apps, outside of mobile ads and in-app purchasing – as long as they were Android apps.

An iOS API is currently in beta, and devs can sign up to be included in that program, so hopefully it will also open soon.

Now that’s cool, but it’s still focused solely on Android app developers and their apps. We look forward to this opening up to include the other 10 international storefronts that have Associates Programs.

So why is this exciting? I’m glad you asked. What this means is a plethora of new ways that you can earn commissions from Amazon’s Associates Programs surrounding mobile devices and apps.

As an app developer you can earn commissions from selling products inside your app. As a website pushing traffic to Amazon’s storefronts, you can now earn commissions off your mobile device audience, as well as from promoting apps in Amazon’s Appstore.

Since Google Play doesn’t currently have an affiliate program, Amazon offers a huge advantage for the Android “App Discovery” community to earn commissions by sending traffic to Amazon’s storefront (which is a smart move on Amazon’s part).

We’ve also found that Earnings Per Click can be over 10x higher from promoting apps in Amazon compared to the iTunes / App Store Affiliate Program.

Hopefully Amazon will continue to roll out even more support for the mobile ecosystem in the near future, including expanding the number of international storefronts that support mobile traffic and app sales and expanding their Mobile Associates API to more storefronts and operating systems.

Jesse Lakes is the Co-Founder and CEO of GeoRiot, a service that helps marketers by offering a single link that directs an audience from around the world and across many devices to a specific item in their local storefront to create a seamless buying experience.