Five Reasons Why You Must Have a Mobile Optimised Website

As an expert in mobile strategy and marketing, I'm often asked by prospective clients to explain why I believe that it is a business-critical decision to have a mobile strategy. So, if you've been wondering whether it is ... 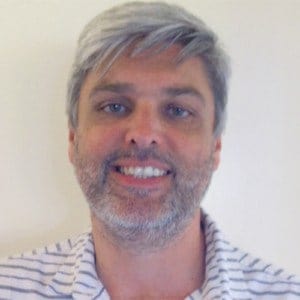 As an expert in mobile strategy and marketing, I’m often asked by prospective clients to explain why I believe that it is a business-critical decision to have a mobile strategy. So, if you’ve been wondering whether it is worth the investment to make your website mobile-friendly, then the following five reasons why you should embrace mobile will be a wake up call for you…

#1 You use a mobile device all the time and so do your prospects.

I find it interesting that many otherwise marketing-savvy companies believe that there isn’t any rush to get around to making their website and their conversion process mobile-friendly. Yet, they sit in meetings with me trying not to check emails or respond to the various pings that emanate from their phone!

This ‘eventually’ attitude reminds me of the early 2000s when pay per click was just starting. It was hard to persuade corporates that the Internet was not only a viable traffic source, but also one that was here to stay! The same is true for mobile and tablet today.

#2 You’re leaving money on the table from poor conversion rates.

Some notable campaigns such as NOW TV and the old LoveFilm (now Amazon Prime) managed to make mobile work despite not having a responsively designed website, but they are the exception to the rule. They succeeded because the main delivery mechanism of their product was aimed at mobile and tablet. However, even if these campaigns worked, they could have generated higher profits had they been optimized.

One crucial thing to remember is that, even though you might only have a desktop site, almost half (and rising) of ALL traffic to your site will be from a smartphone or tablet. So, even if your prospect is ready to buy from you, a large percentage will look elsewhere to have a simpler and more streamlined purchase process without needing to ‘pinch and zoom’ around your site!

#3 Your competitors are already making money in mobile at your expense.

A couple of months ago, I carried out some research for a top display agency who needed evidence that companies similar to their clients were making a success of mobile and app traffic. For all the verticals concerned, from travel to insurance to media, there were case studies of how mobile had successfully worked for the companies concerned. In one case, there was an ongoing mobile campaign for a direct competitor of the client concerned – yet the agency and the client themselves still didn’t believe that they were ready to run a mobile-specific campaign. Many companies are literally leaving money on the table because they don’t understand that mobile is already here!

#4 Within a year, more than half of all transactions will be made over a mobile device.

As a conservative estimate, currently around 35% of all sales are via mobile devices. One interesting trend that is evident is that many prospective customers use their smartphone for research, often during their down time such as during their commute or whilst waiting in line. There is then a huge spike of e-commerce in the evenings as they then use their tablet to carry out their purchase. This is one reason why, depending on the type of offer you have, that you provide one style of website optimized for a smartphone, and another for a tablet. Although not essential, responsively designing your site in this way will certainly help increase conversion, but only if you understand your prospect well. If nothing else, you must have an overall mobile-ready site – now!

Many advertisers mistakenly believe that the inventory in mobile comes from users of display sites using their smartphone or tablet to access their usual desktop website. While this may be true to a degree, depending on how mobile-ready the particular publisher is, this isn’t the whole story.

Much of mobile-only inventory comes from in-app advertising, often from demographics that are completely different from the display sources. Whereas on display, the publisher usually has sites specific to the country they drive traffic for, apps are, by default, worldwide. What this means is that most of the drivers of UK in-app traffic are publishers based in countries such as the US, Israel, and Germany. They are driving UK traffic from within apps that cover every vertical you can imagine.

Whereas most UK affiliate display traffic is driven by users looking for a deal from a cashback, voucher, or comparison site, mobile traffic is driven by users who are in the middle of a game or other app activity who didn’t go there specifically to look for a deal. This is why a large percentage of mobile inventory is completely different from display traffic, and will therefore provide any campaign you have on desktop with incremental revenue from mobile.

This is just a brief summary of just five of the many reasons why having a mobile strategy is critical. Mobile is not only here to stay, it is growing exponentially and will shortly be THE main advertising medium worldwide. If you aren’t well on your way to making mobile a fundamental part of your business-building process, then you are already behind many of your competitors. Can you really afford to delay it any longer?

Gary Vurnum is a mobile consultant who has been successfully driving sales online since 2001. A public speaker, entrepreneur and published author of over twenty books, he works direct with advertisers on their mobile and app user acquisition, engagement, and retention strategies.