Online Ad Fraud: How Much Does It Really Cost Advertisers?

Fraud is an ongoing concern in the online advertising space and one that advertisers need to confront.   However, it is nowhere near as large a problem as some might claim. The scourge of online ad fraud first gained the attention ... 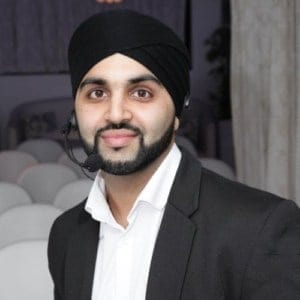 Fraud is an ongoing concern in the online advertising space and one that advertisers need to confront.   However, it is nowhere near as large a problem as some might claim.

The scourge of online ad fraud first gained the attention of mass media after the IAB Annual Leadership Conference in February, when Ziff Davis CEO Vivek Shah cited a comScore stat that 36 percent of all web traffic is fake. This sound bite was repeated by everyone from Twitter to the Wall Street Journal to Business Insider.

Media industry commentator Tom Foremski used this percentage to estimate that when the industry hits $50 billion, $18 billion will be lost to fraud, with a call to action for the online advertising industry.   But it is clear that his estimate is inflated.

The 36% stat comes from an October 2012 blog post by comScore’s Brian Pugh based on an estimate of the highest possible amount of bot, or non-human traffic.   Besides the fact this stat was calculated more than a year ago, even if the actual traffic was on the top end of the estimate, it is unrealistic to use this percentage over the period of a year to estimate the total losses due to online fraud.

Based on advertisers own estimates of losses due to fraud, the $18 billion figure appears far-fetched.  Verizon, the eighth-largest advertiser in the U.S., spent $1.2 billion on ads last year and found that $1 million went to fraud, according to the Wall Street Journal.  AT&T, the third largest advertiser, spent $1.8 billion last year. If 10 percent of its total ad spend were lost to fraud – similar to Verizon- that would come to $1.8 million. Their combined losses are less than $3 million and they are two of the top eight advertisers. The tail of online ad spending is simply not long enough to push losses into the billions.

Going even deeper into the issue, only ads sold on a CPM basis are subject to impression fraud, and only 32 percent of ads are sold this way, according to the IAB. Using the most recent figure of $43 billion in total online ad spend, that leaves a little more than $14 billion that is even susceptible to fraud, making the  $18 billion dollar figure even more unreachable.

Despite the fact that overall estimates are inflated, sensational stories about botnets and companies who have been caught red handed provides proof that online fraud is real.

Last year London based analytics company Spider.io, discovered the Chameleon botnet sent nine billion fake ad impressions per month. The same company announced last August that Sambreel, a company that made headlines in 2011 for hijacking ads on Google and Facebook, is still operating but under different brand names offering consumers browser plugins like PageRage and BuzzDock that promise to improve the web browsing but instead replace the publisher’s ads with those served by Sambreel.

In another incident that made headlines, last December the ZeroAccess botnet was charged with infecting two million computers costing advertisers $2.7m (£1.7m) per month.

Even if the impact of online fraud may be overstated, advertisers are wise to invest in technology to detect and prevent it from happening.  It’s not hard for companies to protect the integrity of their brands and prevent fraud—they just need to invest in solutions that can help them track where their campaigns are running and how ad money is spent.
If advertisers used the tools available to them, and focus more on prevention, rather than reaction, they would be in a better position to weed out fraud.  The goal is to verify that their ads appear on quality sites with content relevant to the brand. Verification before ad delivery is essential for keeping fraud at bay.  Intelligent ad serving that verifies the recipient is the best deterrent to ad fraud. In addition, with objective measurements are available from third parties advertisers can demand publishers refund them for ads that are not delivered properly.   This way everyone will be prepared to move beyond the hype and take action.

In conclusion, fraud will persist, one way or another, but it does not have to be seen as a harbinger of the collapse of the online advertising industry. It’s something that needs to be dealt with proactively, and knowledgeably.  Advertisers right now are best served looking at their real numbers, and taking measures into their own hands to ensure they are getting value for their online advertising.

Tej Rekhi is Director of Product Innovation at Sizmek, where he helps agencies and marketers forge the right connections among leading-edge technology, consumer engagement and brand performance. Tej is an expert and thought leader in multi-screen marketing, his expertise and passion spans technology evangelism, product development and creative innovation - making him an inspiring and valuable resource for our customers and partners in his region.