This industry, it is all about the growth, advancement and pace. These are the factors that have been governing all marketing undertakings since the very beginning. Affiliation, as a channel, is no exception here. It has been undergoing constant changes ... 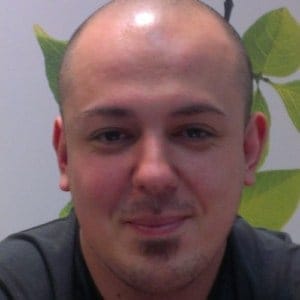 This industry, it is all about the growth, advancement and pace. These are the factors that have been governing all marketing undertakings since the very beginning. Affiliation, as a channel, is no exception here. It has been undergoing constant changes and the competing affiliate networks keep elbowing for every single valuable publisher and advertiser, employing all means they can.

Over the recent years the affiliate industry has been influenced by so many factors which, within months, have brought about so many considerable changes that it is literally impossible to address all of them. Some have technological background, others originated from economic or social reasons. All in all, the following phenomena, in this author’s opinion, qualify as top contributors to the present shape of Polish affiliation.

There is hardly a need to list the merits of performance-based marketing for advertisers, especially when undertaking financial scrutiny in the unfavourable macroeconomic climate. Suffice to say that performance business models have been widely incorporated, gradually making the CPM/flat-fee settlements almost extinct – not only in e-commerce, but also lead campaigns in Poland.

Advertisers are becoming reluctant to boost their performance-based activities with premium placements that are sold in non-performance models. If they decide to do so, they are more likely to opt for direct partnerships or invest in all-embracing advertising campaigns from a media house.

Much as this drive for cost effectiveness is understandable, it has a significant impact on affiliate businesses. The good thing about this mundane craving for cheap and riskless performance-based marketing is the growing number of advertisers who turn to affiliate networks.

The choice to pay for an action is an obvious way to go for not only smaller business with their budgets limited, but also for the big fish that challenge the marketers heavily with their targets. Consequently, the competition between the networks is now more about the optimisation skills and quality inventory, than the ability to allocate advertisers’ money in the online environment.

However, this turn means also the aforementioned – the opportunities where affiliate networks can secure CPM/FF budgets are now more limited than they used to be, so the freedom of ads distribution and possibility to fight over non-performance agencies/media houses for the role of comprehensive online advertising partners have been jeopardised.

Nowadays, the affiliate networks have Hobson’s choice. Whether we like it or not, the affiliation is now as much based on performance as ever, gradually resigning itself to seeing the non-performance budgets  lost.

If we assume that our advertisers do not address us with huge budgets to spend on branding (which they most likely will not), we would not want to employ more than the very minimum of our display inventory. Just because it simply will not pay off.

Banner blindness has reached the Polish internet, with a very noticeable decrease in flash or .jpg/.gif CTRs. Naturally, there are always improvements that can be made. Manual labour has lifted the allegedly dead campaign and turned it into a well performing one on countless occasions. Yet the best that can be done about flawed display advertising is, probably, replacing the traditional media buying with retargeting.

These solutions have seen decent uptake in various markets, but their heavy presence within Polish affiliate programmes have been bearing fruit for the last two years. The growing number of retargeting solution providers have resulted in a new standard, the container tags, essentially “buckets” for external codes, are now implemented in affiliate programmes by default.

Almost every e-commerce campaign in Tradedoubler employs retargeting as the method of distribution fordisplay ads, with the number of retargeting publishers accounting for 11% of all publishers’ on our network. The results are impressive – CTRs are up to four times higher vs traditional display campaigns.

Moreover, retargeting technology is no longer confined to display campaigns. It can also use the email channel to retrieve users who have been labelled as “interested but not converted”. The mechanism is very similar – those who abandon a landing page/purchase process are tracked and receive a personalised email ad instead of being swamped by flashy banners on the websites they visit. There is no question about the fact that retargeting has redefined how display integrates with affiliate programmes

Are there any challenges it might pose? Yes, a few. Firstly there is an issue of “cannibalism” when more than one source of traffic is employed. The risk for the advertiser is that they will pay twice (or even three or more times) for addressing the same user. Therefore, it involves a lot of effort at the marketer’s side to minimise such a risk by selective recruitment of publishers and negotiation of inventory with the retargeting provider.

Another issue which cannot be neglected is the entry requirement for the advertiser, as set by the retargeting providers. Retargeting partners are still unwilling to work with advertisers when their websites do not have a significant number of unique visitors – 80,000 echoes are a minimum in Poland. Hence we cannot yet say that retargeting will replace standard display in all current affiliate programmes. Nevertheless, this is a definite way to go and the trends are more than optimistic.

This type of publisher accounts for an 11% share of all publishers in Tradedoubler’s Polish network. Interestingly, this result has been achieved within roughly two years. It is a newly established, separate category that now serves as the foundation for many e-commerce campaigns.

The interesting thing to note is how the two spheres,  offline and online, pervade each other. The phenomenon is most noticeable, for example, on Payback where points can be collected from newsagents and online bookshops.

Visibly, the number of customers who appreciate the value of loyalty programmes is growing. As is the volume of quality transactions generated by those publishers. Tradedoubler, aware of the potential lying in loyalty programmes, made huge effort to actually build one of such publishers for the Polish market. The end of 2013 saw rise of the Vitay (part of PKN Orlen group) reward platform which has quickly become one of the top players in this category.  With 24 advertisers integrated and much more to come, the enterprise turned out to be very successful and confirmed that the loyalty/reward has become a really strong part of the affiliate business.

The power of the voucher code cannot be questioned – the figures from markets speak for themselves. In recent years, the search for discounts has become a natural step in the shopping decision-making process. The usefulness of voucher codes has been lifted by the technological leap that brought mobile devices to almost every household. It is a trend that has caused more spontaneous shopping habits to emerge.

The polish affiliate environment has been witnessing the value of voucher codes too, only recently welcoming great numbers of publishers who specialise in the distribution of promo offers. See the chart shows the dynamics of growth in the transactions generated with voucher codes in the Tradedoubler PL network.

Voucher code publishers currently have an 11% share of all Tradedoubler publishers in Poland. Bearing in mind that Tradedoubler is not the only agency on the market that takes advantage of voucher codes, it is just to say this way of selling goods has significantly contributed to the state of online marketing today, Polish affiliation included.

I wish I could say that affiliation is already a well-known online marketing channel; understood as more than a simple advertiser-publisher glued by an ad serving company. All too often the developments occurring in the market seem to be treated as unlikely to take place in affiliate channels when they certainly do!

Affiliation in Poland has developed and is much more than simple emailing/text link/banner distribution. Nowadays it employs virtually every tool available, as long as its usage makes sense in the performance model. Additionally, it reflects well in what the companies rexpect from their marketing partners. This is why, despite the sometimes unfavourable publicity, affiliation is doing well and nothing suggests it will stop.

Bartłomiej Trośniak has been at Tradedoubler in Poland since 2011. Starting in the client services, he managed affiliate programmes for key clients from the finance industry, such as ING Bank, Vanquis Bank, Open Finance, along with several e-shops like iTunes and Achica. He is currently responsible for business development.