Video ad viewability in the UK stands at 43%, the highest in the world and 7% better than the global average of 36%. 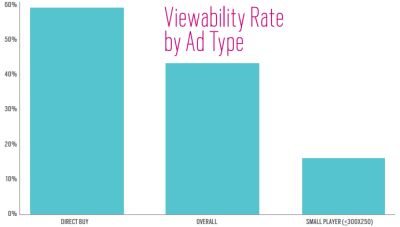 The findings come courtesy of video advertising software firm TubeMogul, which has released the latest of its quarterly reports on programmatic video trends, featuring stats on viewability, inventory and costs.

The report states that UK inventory is in a better position compared to the rest of the world, which is said to require more work on standardisation. As a result, European marketers will spend less time and work implementing and executing viewability standards. 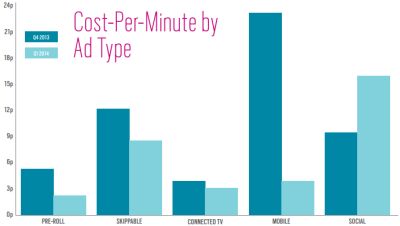 TubeMogul also found that UK inventory volumes have experienced high growth in recent months. A quarter-over-quarter rise of 118% was recorded as auctions increased from 162 million in Q4 2013 to an average of 356 million in Q1 2014.

Mobile inventory saw similar gains in the UK where it grew at a faster pace than anything pre-roll managed. In the last quarter of 2013 there were 26 million average auctions compared to 67 million in Q1 2014.

Meanwhile costs have dropped massively on mobile, according to TubeMogul’s report. In the space of three months, they plummeted by 82% from £0.229 in Q4 to £0.040. Prices are