Our consultants have been recruiting for the performance marketing discipline since its inception and over time, a clear problem has developed which shows no signs of abating any time soon. There are two basic problems which haunt recruitment in various ... 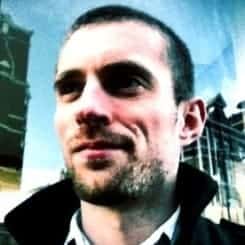 Our consultants have been recruiting for the performance marketing discipline since its inception and over time, a clear problem has developed which shows no signs of abating any time soon.

There are two basic problems which haunt recruitment in various sectors at various times, a lack of talent and a lack of jobs, and it’s fair to say that performance marketing suffers acutely from the former. This issue is also exacerbated by a visible trend of inflated expectation amongst candidates – a self-perpetuating psychological phenomenon which can’t be easily reversed.

In the early days of performance marketing there were still more roles than candidates, but rather than a lack of credible talent – which we have now – there was a lack of talent full stop, and clients were less selective when hiring. Unfortunately, this lead to a large number of performance marketers being paid more than they were worth at the time, which in turn raised expectations and salaries to unrealistic levels.

Problems stem from the noughties

In the mid-2000s a somewhat ridiculous situation arose in which performance marketers could easily start at a company on £25k and leave for a rival company within six months to earn £30k or even £40k. With the number of roles available, employees were switching jobs at an incredible rate, and bumping up salary expectations further in the process.

After the recession hit the problem was aggravated as the digital market, while affected, remained comparatively buoyant. Generalist recruiters began offering performance marketing roles – demand was greater here than in the sectors they traditionally focussed on – but did not possess the required knowledge to advise candidates properly. Expectations were again inflated and skewed and performance marketers began to find it more and more difficult to acquire the role they believed their skill set deserved.

Fast-forward to the present day, and this trend of inflated expectation is still in full effect. Companies are wiser now, and more selective when hiring, but the continuing lack of talent means that less glamorous agencies are forced to pay inflated salaries to acquire suitable candidates.

As things stand, not only are there not enough performance marketers to fill the available roles, but there is a disparity between what candidates believe they are worth and what clients are willing to pay. There is not only a lack of talent, but a lack of suitable talent, since performance marketers are often applying for roles which exceed their level of expertise, in order to obtain their desired salary.

From a recruitment perspective there is also another issue which further hinders the chances of making a successful placement. Performance marketing is a somewhat insular market and quite often clients already know the candidates that are put forward. This can sometimes lead to clients cutting a recruitment agency out of the process and hiring them directly, despite them having been recommended to them by a consultant.

But there is a potential upside to this issue, which, with some outside help, could turn the problem into a solution of sorts. In a country hit by job shortages, an industry with so many roles unfilled would seem to be a blessing rather than a curse, and with wider public recognition of this fact and a conscious push towards training there are many who could benefit, in particular graduates and school leavers.

And it’s not just in London, the supposed heartbeat of the UK digital market. Leeds, for example, hosts the offices of three large and extremely successful performance marketing agencies (Epiphany, Stickyeyes and Search Laboratory), and many smaller ones as well, all of which possess significant recruitment needs. The same is true for Manchester and Edinburgh, and this trend continues countrywide.

Perhaps with some intelligent action we may see this issue overcome in the next few years, and we at Propel continue to hope that this will be the case. But for the time being, at least, the problem persists and recruiting for performance marketing continues to be a tough job.

See who is hiring in the performance marketing industry by heading over to the PerformanceIN Jobs page.