Ever noticed the list of items at the top of a Google search? It is likely that they are a sampling of restaurants and bars near your specific location. For those of you unaware of the feature we’re talking ... 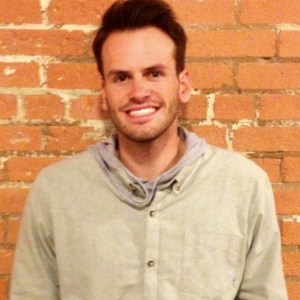 Ever noticed the list of items at the top of a Google search? It is likely that they are a sampling of restaurants and bars near your specific location. For those of you unaware of the feature we’re talking about, it’s the Google Carousel – and in theory it creates an opportunity for both small businesses and large companies to showcase their businesses equally. Or does it? At Sq1, we decided to test this feature to find out how the public not only perceives the carousel, but how they interact with it.

The motivation behind our test and research was to better understand the impact that Google’s new feature has on analytics. We have a vested interested in the results as one of our clients is in the restaurant industry. As such, we wanted to ensure that the carousel was not hurting their business, and was actually driving more traffic to their site.

Are you being taken for a ride?

We also noticed a reduction of organic traffic to our client’s site due to the carousel and the knowledge graph information/links. The path a visitor takes is to initially click on a restaurant from the carousel and then click on the knowledge graph information and links rather than to the site or a PPC ad. This means that organic traffic is reduced and the amount of clicks on PPC ads decreases drastically.

Getting a real taste

We had five different participants interact in a scenario where they had to search for steakhouses within their city and explain how they would make a reservation. At first, we had them simply navigate the search page as they normally would. To ensure that they definitely interacted with the carousel, we had them explain some of the features within it that caught their attention and enticed them to click on a specific restaurant.

Our main takeaways from the study are:

Sq1 also learned that one-third of searches have local intent. While the carousel only shows up for a handful of these local terms, we expect it to increase in prominence for any search with local intent. It turns out that the carousel can actually be useful if you are proactive and ensure your site is ranking.

The carousel is not well done

By no means is the carousal entirely sound. While we initially thought that the nearest restaurants would be displayed in order of star ranking, there seems to be no particular rhyme or reason to the listing of the restaurants. Additionally, according to click tests, the order does not have any perceived benefit to the consumer.

The carousel does not recommend, rank in order, highlight certain restaurants, or even list all of the closest restaurants to the visitor. Because there is not any hierarchy per se, the carousel ironically creates a democratic, even playing field for all restaurants that appear within it. At that point, it is up to the restaurant to ensure that its star ranking is higher than its competitors.

As you can see from the illustration above, in Variation 1 (60 participants), we were trying to gauge the number of clicks that the carousel would receive in a hypothetical situation.

While a significant number of clicks were made outside of the carousel, there was still a large number made within it as well. This shows that the feature does have an impact on the consumer when they land on the page.

In Variation 2 (60 participants), we limited the users to selecting the items within the carousel that they would click on first. As you can see, there is a wide range of clicks along the entire carousel. We made the following observations:

Listing order within the carousal is unimportant to the visitor as they will scan through the entire carousel rather than simply choose the first restaurant within it; and the top three restaurants selected all have photos of food so the presence/absence of a photo impacts the selection.

Bringing order to the chaos

If you have a restaurant or any business that you are considering placing within the Google Carousel, you need to be aware that there are some things you can impact and others that you have no control over.

First, you are unable to control the photo that Google uses for your restaurant within its carousel. What you can do, is monitor the types of photos uploaded by customers on Yelp, Zagat, Urban Spoon and Google+. By doing so, you increase the likelihood of a better photo of your food appearing within the carousel.

Second, understand that you cannot control the placement of your restaurant within the carousel. Placement is random and as you have already seen, it does not have that significant impact on customers. What you can do is ensure that your restaurant/business is ranking and at least appears on the Google Carousel. This can be best accomplished by asking your visitors or customers to review your restaurant/business on Yelp, Zagat, Urban Spoon and Google+. It is best to get them to write the review at the end of the meal and is a must with existing customers or regulars. This will help guarantee a spot for your establishment within the carousel, increase the number of reviews and boost your star rating; the two main features that visitors look for on the page.

You must also be aware that when visitors click on your profile in the carousel, you are unable to control the information they receive. That information is controlled by Google but can be monitored proactively through Yelp, Zagat, Urban Spoon and Google+.

While Google Carousel is not perfect, if you are proactive with updating/fostering a higher rating, it can only help your business. Be sure to always check the information that is uploaded to customer review sites and Google+. Always encourage customers to rate and review your establishment’s food and service and thank them for doing so.

Without the help of customers, your restaurant has no chance at ranking and making it into the carousel. While the carousel does affect branded search numbers, it ultimately will also provide your company with more customer recognition. Visitors, who might not have any awareness of your business, will be exposed to you and what you have to offer and that could ultimately lead to more conversions.

Did you catch the previous Sq1 guest piece on Why Shift Toward Programmatic Display?

Karch is a US-based Digital Account Planner at Square One Advertising.