INside the Boardroom: CEO of Forward 3D & Locaria, Martin McNulty

South Korea must be your first move into APAC, not China. Obviously from a volume perspective this doesn’t stack up, but expanding a brand into the valuable APAC region is not easy. Logistics are an obvious hurdle, but also ... 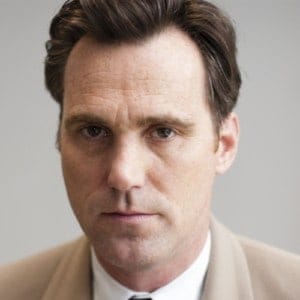 South Korea must be your first move into APAC, not China. Obviously from a volume perspective this doesn’t stack up, but expanding a brand into the valuable APAC region is not easy. Logistics are an obvious hurdle, but also the challenge of becoming locally relevant and connected to a population of 1.4 billion in China is a resource intensive gamble.

For a retailer or brand looking to make an astute entrance into this region, South Korea provides an opportunity to enter a growing, mature and internet-savvy economy with one of the highest internet penetration rates globally at a predicted 82.5% for the start of 2014. As a result it allows brands to garner experience and build a profitable model before turning to larger markets.

South Korea was the fifth largest e-commerce market globally in 2013, behind the UK, US, China and Japan. While China and Japan both have significantly larger populations, South Korea drove a 16% increase in their online advertising market in 2013, year on year, and with a higher GDP per capita, $25,189 to China’s $6,853 – it indicates there’s huge potential to make inroads quickly and efficiently.

The first port of call from a marketing perspective is to gain an understanding of the search engine market, which will allow visitors with high intent to be driven from both branded and generic terms as well as product category keywords. As with a number of search landscapes in APAC, query share is distributed across a higher number of search engines than in the west, where Google typically dominates.

South Korea has four major engines with the following estimated query share; Naver (69%), Daum (15%), Nate (9%), Google (7%). Daum and Nate share a search ad platform in a similar vein to Bing and Yahoo though that’s where any similarities end; be prepared to compete for a smaller number of paid ad positions as well as top-of-page brand content spots, knowledge graphs, community group results and a conservative number of natural search listings.

One advantage however despite the need to adapt to the difference in SERPs (Search Engine Results Page), is the likely conversion rates you can expect. Our international division, Locaria, looked at a selection of products and their related keywords running across the three key APAC markets for a subset of Forward3D’s clients with the average conversion rates collated over the past 6 months. South Korea and Japan saw conversions rates 166% and 66% higher respectively than for the equivalent campaigns in China over that period.

For a brand looking at exporting their business, the impact the above could have on ROI, cost and budget flexibility, despite moderate volume levels, is a quick win for your bottom line and a vote of confidence to the rest of the business and targeted region of expansion.

Running display advertising should be a brand’s secondary focus and is considerably less complex in South Korea than it is in China due to the dispersed publisher landscape and government policies. Google’s Display Network has 16% of the South Korean display market, which is larger than its equivalent market share on its search engine, with some staggering growth in recent years.

In 2013, Google’s ad revenue from the GDN (Google Display Network), driven by YouTube and the fastest average internet speeds globally (just ahead of Japan and Sweden), reached $93 million in 2013, double that of 2012. The platform is widely used in western markets so utilising the existing expertise should reduce the barriers to entry experienced in China.

According to research produced by the UK Government Trade & Investment department, South Koreans are four times more likely to convert, as well as pay more for a product, on a website that communicates to them in their own language. This highlights that although the market opportunity is clearly there, the same key challenge with entering any market remains; producing effective localisation of marketing and website material.

With our international division at Forward3D, we’re in a position to localise content and ads into any market and language worldwide. For brands looking to manage their expansion cautiously though, localising into markets with a high propensity to purchase will provide the most efficient return.

The bottom line is that brands are under pressure to grow and going international is a great way to do this. However, stretching yourselves by going into a saturated or less-developed market can put a strain on resources and expenditure, so the recommendation here is to think tactfully.

Turning to a market with high internet penetration and a thriving economy but with moderate volume will allow you to get a foothold in a region, develop expertise, fail cheaply and build a business up profitably and quickly.