As founder of social advertising software company adquant, I have put together a few of my thoughts on WhatsApp’s new partnership with Facebook. While the purchase price maybe big and bold, the acquisition of WhatsApp makes a lot of ... 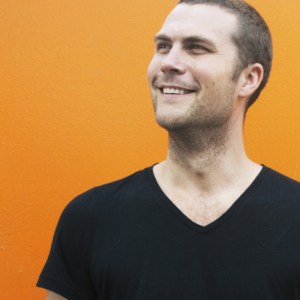 As founder of social advertising software company adquant, I have put together a few of my thoughts on WhatsApp’s new partnership with Facebook.

While the purchase price maybe big and bold, the acquisition of WhatsApp makes a lot of sense for Facebook. The primary reason being that Facebook is preparing for a mobile future.

In my opinion Facebook, among all of the largest internet advertising companies, is the only one which has found the perfect mobile advertising solution to grow its business. Its recent messenger update showed how it wanted to break messaging out of the traditional Facebook interface and more deeply integrate with mobile as a standalone experience.

The purchase also goes along with Marc Zuckerberg’s goal of bringing the internet to everyone.  The WhatsApp blog said: “Our team has always believed that neither cost and distance should ever prevent people from connecting with their friends and loved ones, and we won’t rest until everyone, everywhere is empowered with that opportunity.”

However, Zuckerberg said in a conference call following the WhatsApp acquisition, that he did not believe ads are the right way to monetise messaging systems. So the immediate impact for performance marketers might be more subtle than just trying to push ads to WhatsApp users.

Three areas that will most likely have an impact for performance marketers in the near future are better targeting data, expanded inventory, and wider demographic reach.

One of the main benefits for performance advertisers from this purchase will be Facebook’s ability to turn WhatsApp data into usable data which will help target users more effectively.

One thing that Facebook has done extremely well is give advertisers the ability to incorporate external data streams into their Facebook Ad Campaigns. From actual CRM data to third party consumer data; from companies like Axciom and DataLogix, advertisers can turn this data into targeted audiences on Facebook. WhatsApp data should be able to give Facebook deeper insights into user connections, and their mobile time of day usage.

WhatsApp has a very globally diversified user base, and while smaller than Facebook’s reach, WhatsApp has footholds in places that Facebook doesn’t. In China for example, where Facebook is blocked, WhatsApp is available and is one of the top messenger apps. For now there are no plans to run ads directly on WhatsApp, but if Facebook can convert WhatsApp users into Facebook users, advertisers will be able to reach the countries that used to be left off the Facebook map.

Recent news that teens were shunning Facebook for other services like SnapChat, could have been a motivator to make this deal. WhatsApp should give Facebook a solid footing among the younger demographics and give Facebook more leverage to turn them into revenue driving Facebook users.

Joe is the CEO and founder of adquant, a SaaS platform that empowers performance advertisers on Facebook.