As a Polish-based UK Market Specialist at International Coupons, it is equally important for me, and the global business I work at, to be clued up with the varying market trends and challenges across the world. Following on from my ... 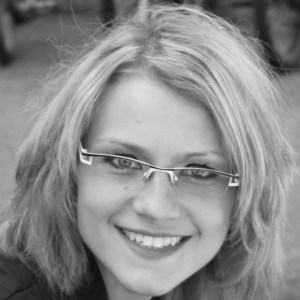 As a Polish-based UK Market Specialist at International Coupons, it is equally important for me, and the global business I work at, to be clued up with the varying market trends and challenges across the world.

Following on from my last guest piece on ‘Why Poland is ‘the Gateway to Eastern Europe‘, and my colleague’s piece on ‘Customs & Costs – The Troubles with E-Commerce in Argentina’, given its current attention due to the 2014 Winter Olympics, I thought it was a good time to look at the e-commerce landscape in Russia.

Even though Russians make up the biggest number of internet users in Europe, when it comes to the total value of the single e-commerce market they are ranked fifth of all the European markets. This is because more and more often they decide to make cross-border online purchases. Russians are particularly interested in the UK market as shopping there has always been associated with high quality and blameless customer service.

It is likely that the number of transactions in the UK online stores will not stop increasing until Russians solve the problems created by the state trade. It might not happen any time soon, though…

Russia is a country of a vast e-commerce potential. For the time being the number of Russian internet users is greater than in any other European country. What is more, forecasts show that in 2013 the number will reach 80 million of active users.

In regard to the number of online transactions, Russia is ranked fifth in Europe, bearing in mind that some Russians have only just now started to discover the opportunities of online shopping.

Russia is believed to be a rich country, but in reality its size and geographical conditions make it difficult to run a manufacturing business. That is why Russia has become the country of import. It is much cheaper to deliver and sell in Russia than to build an infrastructure and arrange the logistics.

Nevertheless, there is a considerable number of Russian shoppers who distrust Russian entrepreneurs that have earned notoriety for being greedy and eager to make fast profit. Russians who travel across Europe are outraged by the fact that for the same products across borders they can pay two or three times less. Those Russians are not willing to overspend by purchasing from the Russian stores. What is more, in a number of Russian price lists (label|tag) a customer can compare prices in different currencies to see the retailers’ profit margin.

It seemed that online stores would solve this problem, but the recent ‘Black Friday’ marketing campaign once again exposed the true nature of Russian retailing: right before Black Friday prices went up to be lowered for Black Friday, creating the illusion of a big bargain.

“That is exactly the reason why Russians turn to foreign stores that offer real bargains, in which customers can actually save money purchasing products with hefty discounts,” said Nikolay Kashcheev; account manager at Russian voucher code website, moipromokody.

Where and how do Russians shop?

Russians respect and often shop at the English, German and US stores, mainly due to affordable prices and wide choice of products. Moreover, for Russians ‘British’ and ‘German’ are synonymous to good European quality. The most popular UK online stores are Next, M&Co and ASOS to name just a few. A good incentive to make cross-border purchases is free worldwide shipping, a desirable deal for the Russian shoppers.

However, there is a problem – the state Post Service is not handling this amount of orders. It often happens that a purchase made during Christmas arrives no sooner than in May. Current postal infrastructure is not satisfactory as goods purchased in China, before they reach Vladivostok (far east, about 200km from the Russian-Chinese border), must go the 900km distance to reach Moscow and the same distance back. Each package must undergo customs control done by the one and only Custom Service in Moscow.

This situation has contributed to the creation of a unique model for cross-border shopping. There are many forums dedicated to so called ‘collective shopping’, where a person living in a certain country abroad collects orders from buyers, makes purchases delivered to his or her home address, and then ships separately to a person on the Russian side, from whom each buyer separately collects his order.

Even though go-betweens must be paid off, it’s still much cheaper than shopping in Russia, or faster than by post. Obviously, the returning process in this model is quite complicated and very costly. For that, these forums have such topic names as ‘Clothes that didn’t fit’, where Russians successfully sell unwanted items.

The Russian Government currently speculates about the project on the limitation of shopping at foreign online stores. There is no taxation at the moment, but only if the total monthly value of deliveries doesn’t exceed EUR 1,000 However, the Government plans to lower this quota to EUR 150. Such action will significantly impede cross-border purchases. On one hand it is aimed to beat the competition of the local online stores, while on the other, to make foreign stores open offices in Russia and pay the taxes.

Aga is the UK Market Specialist at International Coupons. After over 7 years spent in London, working within affiliate space at the leading UK networks, she continues her passion for performance marketing back in Poland. She manages Voucherful.co.uk, the voucher code website for the British Market.