Customs & Costs – The Troubles with E-Commerce in Argentina

As an Argentine market specialist at Grandescuento.com.ar, the Argentine version of the UK voucher code website Voucherful, it's important to be clued up with the many, and varying Government rules and regulations when it comes to e-commerce ... 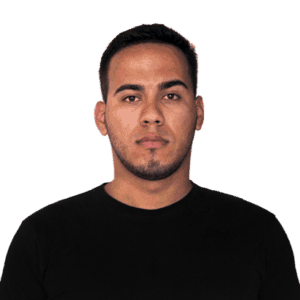 As an Argentine market specialist at Grandescuento.com.ar, the Argentine version of the UK voucher code website Voucherful, it’s important to be clued up with the many, and varying Government rules and regulations when it comes to e-commerce.

Argentines who have so far shopped at Amazon, eBay or any other foreign online store will no longer be able to order goods directly to their homes. Instead, they will have to fill in a special declaration and then report to the customs office, where they will be able to collect the purchased products. In addition, they will have to pay half the order’s price to the taxing authorities – according to the latest projects of the Argentine government.

The main reason for the Government actions is the dramatic meltdown of foreign-exchange reserves which in 2013 fell by 30%, reaching the lowest level ever noted since 2006. President Cristina Fernandez de Kirchner decided to undertake such actions in order to effectively stop the outflow of capital.

Individual consumers will still be able to make tax-free purchases on a total sum of $25 per year. Everything that falls above this quota will be charged with 50% duty. In addition, according to the previous regulations, international transactions via payment cards are charged with 35% duty. As stated in the official reports, these actions are meant to improve custom duty collection.

Prices in old and ‘new Miami’

Even though Argentina has only 40 million inhabitants, its internal e-commerce market amounts to over three billion dollars. This data, however, only relates to the internal market since the amount of goods ordered from other countries, mainly the US, is difficult to estimate.

The popularity of shopping across borders is not surprising once we take a look at the differences in prices of individual products. To give an example, an unlocked iPhone 5S 16GB at an Apple Store can be purchased for $649, while in the Argentine stores its price oscillates between $1,300 and $1,700.

Similar discrepancies in prices can be observed between Chile and Argentina. If someone’s not willing to spend 54% more on Samsung Galaxy S4 or pay almost three times more for a Smart TV, he or she can take a two hour flight to one of Chile’s metropolises. As in the previous year, more than 1.5 million Argentines preferred this way of shopping, with Santiago de Chile now receiving the name of ‘New Miami’ – in the way Argentines allude to the city in Florida, which is considered by the South American people as the cheapest place to shop.

Prices in dollars, earnings in pesos

Looking at individual offers from different Argentine online stores, UK users can certainly notice that most prices are given in euros or dollars. The behaviour of the online retailers shouldn’t surprise, considering the fact that over the year the Argentine currency has depreciated against the dollar by 38%, and if shop administrators wanted to update the prices in pesos, they would not have time for anything else.

The Government actions upset Argentines who complain not only about the ridiculously high customs duties, but also about the necessity to visit the customs each time they want to shop online. What’s more, they often emphasise that the imposed regulations may have the opposite of the desired effect and instead of increasing the income from taxes, it will increase the grey area and encourage trafficking.

Henry Pena-Palacio is the Argentine Market Specialist at Grandescuento, the Argentine version of the UK voucher code website Voucherful.