What to Expect From Universal Analytics in 2014

Over the past year Google Analytics has become more important, with many companies becoming increasingly reliant on it. In 2014 that reliance is likely to increase. Google has already released data-driven attribution in Google Analytics Premium. There is a good ... 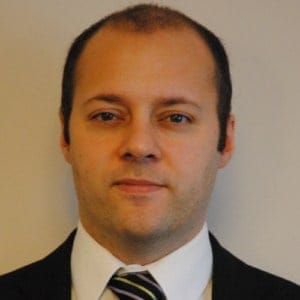 Over the past year Google Analytics has become more important, with many companies becoming increasingly reliant on it. In 2014 that reliance is likely to increase.

Google has already released data-driven attribution in Google Analytics Premium. There is a good chance it may roll this out across the free accounts, which is likely to have a big impact on digital marketing budgets across the spectrum.

With data-driven attribution, Google Analytics works out how best to attribute your sales across your different marketing efforts using clever algorithms to figure out which ones have the biggest effect.

There are a number of companies that are currently beta testing the new impression-led data that shows which users have seen your advert and then interacted with your website without clicking the ad.  It is likely to lead to improvements in display advertising and no doubt the increased efficiency will lead to rising cost per clicks and more profit for Google.

In 2013 we have seen Google move towards a more user-centric view of web analytics, rather than session or device-based metrics.  In 2014 we could see it expand on this in a number of ways, if they choose to.

We may see some kind of data driven visitor segmentation. We are already seeing the building blocks of this with Gender, Age and Interests now being reported in Google Analytics (for those that have made the necessary changes to their tracking code).  This kind of thing has been going on in the direct mail world for quite some time and it makes sense for Google to help guide digital marketers along this path.

A lot of Google’s focus when it comes to Google Analytics is improving how it can report on the effects of ad revenue.  Remarketing, the new impression data, multi-channel funnels and the attribution tool are all examples of that.

The old version of Google Analytics is set to be retired at some point, with accounts being encouraged to move over to Universal Analytics.

Many companies will begin to do more cohort analysis, with much of these likely to be focused on the visitor or customer journey through the website.  For example it is now possible to look at various reports segmenting your visitors into people who did view a key page and people who did not. It is this kind of analysis that’s going to have a big impact on how websites are managed and what split tests are created.

There has been a big uproar from the SEO community in 2013 regarding organic visits to a website increasingly being reported as “(not provided)” within Google Analytics Organic Keywords report.  This trend will be set to continue and there is a good chance Google will remove this report altogether. It is becoming seemingly pointless, with the Search Engine Optimization Queries report and the landing pages report taking its place.

We could see Google make a key change to Universal Analytics allowing visitors/users to be viewed across devices, this would allow us to see how a user moves between devices at different stages of the customer journey.  It will also have a huge impact on design, with the purpose of different devices changing to suit the needs of the user at that stage in their journey.

No doubt there will also be an increase in the number of people using Google Analytics for mobile apps, especially once smaller businesses that have a website, but don’t have a mobile app, begin to develop their own mobile apps.

One thing is for sure, it will be an interesting year for those working in web analytics, and for those running Google AdWords campaigns, which will likely become more expensive (particularly if they don’t embrace these changes and adapt).

David has worked on Google Analytics with over 100 companies, providing consultancy for companies such as We Buy Any Car, The Student Room Group and Virgin. He's a big fan of data led decision making, split testing and taking a pragmatic approach to web analytics.  He also likes running.