There has been a lot of talk recently about the IAB and its future - and I couldn't agree more with Helen Southgate’s (affilinet MD) recent post about the changes that are needed to move it forward in 2014 ... 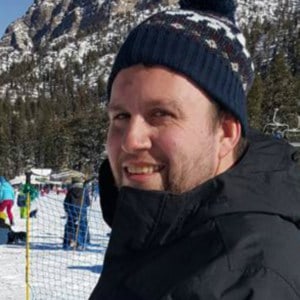 There has been a lot of talk recently about the IAB and its future – and I couldn’t agree more with Helen Southgate’s (affilinet MD) recent post about the changes that are needed to move it forward in 2014.

So if there is just one thing that the IAB should try and do next year, I would love for it to be to create some universal formats that the industry is in real need of.

It is crazy in my mind that even after more than 10 years of the major networks being established, there has still been no real discussions of how they could work together to save affiliates the pain of having to integrate every network in an often completely different way.

Here are the areas that I propose a universal format that each network integrates would be useful.

There may need to be a few different types of feeds here as for example, mobile phone contracts are very different to retail products and feeds. The IAB should speak to the major affiliates that use feeds in this space and come up with the best format for each sector.  Networks should ideally commit to implementing this within a certain time frame and each can obviously have their own implementations of it to make them stand out.

I think it’s fair to say that personalisation was a hot topic at the recent Performance Marketing Insights conference. We’ve done a lot of work on it ourselves, and have plenty more to do, but one area that is really holding it back is product-level tracking.

There are two major issues. The first is the fact that the format isn’t universal on a network level, let alone across all networks. So, Currys, on Affiliate Window, may have a completely different format of reporting on this than Very.co.uk on the same network – then Mothercare on Tradedoubler will be a million times different. This needs to be fixed as it is stifling innovation within the channel.

The other issue is then down to the lack of merchants who integrate product level tracking – but once a universal format is implemented, then I would suspect this would start to improve.

And then finally we are on to reporting.  This is probably an area that will be very difficult to work on, because networks have very different ways of tracking sales and leads, but it is worth having a conversation about.

Integrating a new network for us is a big task each time as the APIs for reporting of sales are so different. It’s not a big problem for us right now as we have obviously done all that work over the years, but it’s a daunting task for someone that is new to the industry and as such will not be helping the industry grow.

Creating a common format with individual adaptions would at least mean that whilst there would be work involved in integrating each network, it would still be a lot less time-consuming than it is today.

Personally, if just some of the above could be achieved by the IAB taking the initiative to get networks together with affiliates to discuss it, then my faith in the industry body would be very much restored.

James Little has been at TopCashback for six years. In that time he has seen the UK founded cashback site grow from 750,000 members to over nine million globally, making it the biggest traditional affiliate publisher in the UK and one of the largest in the world. Before TopCashback, James spent over seven years working in senior affiliate marketing positions at an affiliate network, agency, white label provider and advertiser. James has three children, two dogs and regards Barbados as his second home.