Over the course of the Christmas period, it’s a given that vast traffic volumes will be driven by publishers. Whilst much of this will of course come from voucher, cashback and loyalty publishers, as well as price comparison engines ... 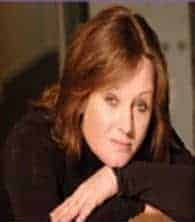 Over the course of the Christmas period, it’s a given that vast traffic volumes will be driven by publishers. Whilst much of this will of course come from voucher, cashback and loyalty publishers, as well as price comparison engines and remarketing solutions, there are a whole host of other approaches to driving sales and brand engagement which can be overlooked. As we head into the final few weeks of Q4 2013, I’ve gathered together some of most notable approaches I’ve seen over the last couple of years. Whether harnessing technology or writing good old fashioned content, these are my top five…

Unlike most retail programmes, the mobile phone sector doesn’t see a huge uplift in Q4 – it’s more about a shift from people buying for themselves to buying for others as a gift. For the most part, this isn’t a category which sees a great deal of content produced and as a result, strategies that drive user engagement can really stand out from the standard price comparison approaches. One such example is Recombu’s Winter Wonderland Giveaway which features a different technology product each day. The giveaway not only increases consumer engagement, but includes reviews and helps to build brand profile.

Every year when the Toy Retailers’ Association announces the top toys of the year, the stampede to purchase begins. With search traffic for key terms skyrocketing, this represents a great opportunity for publishers. Bloggers, and parent bloggers in particular, are able to produce great content in this area and what’s more, benefit from significant user trust. Content often includes reviews of the toys and photos of bloggers’ own children using them, with some bloggers even managing to get themselves and their children into the launch event to trial the toys on the day. Other publisher strategies include building custom sites, using sub categories such as brand names and tech toys, as leverage among consumers in search of Christmas gifts for children.

Whilst the issue of user generated content is a pretty contentious one at the moment, it does have the power to drive significant traffic and so I think it’s worth taking a look at how it can extend beyond the scope of vouchers. Last year saw an advertiser bundle up the Yves Saint Laurent Touche Éclat, with a Luxurious Mascara 4 Piece Gift Set, which, once promoted on the MSE forum, became their best seller for the whole of Q4. Where the uncontrolled promotion of codes can cause problems for advertisers, deals can offer a more controlled leverage of UGC; with a fixed number of units available there is a clearly defined limit on redemption of the offer and what’s more, advertisers can push a particular product or line as their stock levels or margins dictate.

Sportswear is one of the retail categories which naturally lends itself to video. When a new product launches, people want to know all about it – what does it look like? What are the features? How is it better than the last product? Whether it’s interactive demonstrations, high profile celebrity endorsements or showing the product in action, it all makes for engaging video content. Both this year and last saw Nike launch a CR7 Collection in association with Cristiano Ronaldo, and at the same time, produce a wealth of video content which has been harnessed by a range of publishers. Notable publishers working with such material however include Kiosked, who by embedding shopping checkouts directly into video content, are able to capitalise on the user’s purchase impulse at the point it arises.

5) Augmented reality and celebrity ‘as seen on’ fashion

Whether it’s the Duchess of Cambridge wearing Temperley or Nicole Scherzinger’s Halloween outfit available in Ann Summers, the scope for publishers and advertisers alike to capitalise on celebrity ‘as seen on’ trends is huge. With an increasing number of news publications moving into the affiliate space, this has really come into its own this year. Publishers such as the Daily Mail Group are tying celebrity trends in with Christmas party focused editorial, not only online, but in print. Crucially, such publishers’ adoption of augmented reality apps such as Blippar, enables them to monetise their offline traffic and to harness their power of their vast offline reach.

I’ve deliberately not focused on the approaches of the most well-known ‘super affiliates’ which there’s no question, not only deliver significant volumes but also demonstrate some highly innovative strategies. Over the Christmas period most advertisers and publishers alike are focused primarily on driving volume which is undoubtedly necessary. What these strategies represent to me however, is slightly new ways of securing visibility in a competitive marketplace and with three weeks of Q4 left (one of which falls into the post-Christmas sale period) –  I also can’t wait to see what new strategies are still to emerge.

Julie Wood is Head of Publishers at Webgains.