Why Gaming Offers a Huge Opportunity for Advertisers

Brands should be recognising gaming as a premium content channel when it comes to planning campaigns and ad strategies and here’s why: The massive popularity of games such as Angry Birds and Temple Run have transformed gaming from being ... 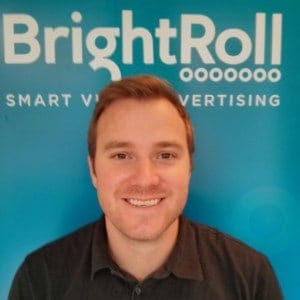 Brands should be recognising gaming as a premium content channel when it comes to planning campaigns and ad strategies and here’s why:

The massive popularity of games such as Angry Birds and Temple Run have transformed gaming from being a niche activity indulged in by teenage boys, to a mainstream activity that is now very much part of our everyday lives.

Today, gaming offers huge cross-demographic appeal. And it’s this reach and breadth of appeal that should put it firmly on the map when brands are planning their advertising strategies and looking for the most effective ways to engage their audiences.

Indeed, according to comScore stats for August 2013 there are now over 700 million people playing games either on their mobiles or online. And what many brands might find surprising is that globally 46% of the 700 million are women, with 231 million (33%) of those women over the age of 25. In the UK the split is even closer with 47.7% (9.7 million) of the gaming population being women and identical 33% of those being over 25. Furthermore, according to a recent report by eMarketer, gaming is one of the top activities across tablet (57%), mobile (49%) and PC (49%).

This puts gaming just below the top activity of watching videos, and ahead of watching TV, films online or listening to the radio. EMarketer also points out that the US mobile gaming audience alone has continued a steady double-digit growth since 2011 and will reach 162.4 million people by 2015. To put this into perspective, that’s 50.5% of the US population that will actively play games on mobile devices.

And this growth trend is not isolated to the US. The 2013 State of Online Gaming report, released by games publisher Spil Games shows that emerging markets such Argentina, Brazil and Poland all have high percentages of their internet populations gaming – 62%, 53% and 54% respectively. However, the surprise package in all of this is Turkey, with 70% of its online population playing online games.

And as iPads and other mobile devices (particularly the less expensive Android-based systems) become more prevalent, the global penetration of gaming is only going to get higher.

This is fantastic news for advertisers, as it offers a unique opportunity to tap into an incredibly powerful and engaged audience. Casual gamers are much more receptive than other web users to advertising as they are in a more relaxed mindset; the Spil Games report shows that casual gaming on mobile and online is typically used for short bursts of entertainment and stress relief.

Despite this, Spil Games is seeing average session times of around 30-40 minutes, with some regions even as high as 50 minutes. This compares to the average news site, where around 80% of visitors are on a site for less than five minutes. Gaming also outperforms key social media sites such as YouTube in this regard too. YouTube claims an average visit time of just 15-16 minutes.

If that wasn’t enough, gaming sites produce better ROI for advertisers. A report by MediaBrix, an ad network for mobile and social gaming, shows that pre-roll video ads generate an average engagement rate of between 0.7% and 3.64%, whereas ‘average social and mobile gaming engagement rates are around 20%, the highest of the reported ad formats’. The report also shows that video ads with a value exchange (where the player gets rewarded for watching the ad) have a 91% completion rates ‘exceeding most other video ad completion rates in the industry, except for ads seen in full episodes such as those found on Hulu’.

Gaming is a large part of people’s online activities, yet the proportion of budgets assigned to gaming by marketers in the UK is still less than 1% of total digital ad spend. This makes gaming a huge untapped opportunity for advertisers, despite being one of the safest and most effective channels through which to reach mobile audiences at scale using video. The next time you’re reviewing your advertising budgets, make sure gaming is an integral part of your digital video ad strategy.

Rob is the director of UK sales and international business at BrightRoll, and has more than a decade of experience in advertising and media.  Prior to joining BrightRoll, Rob worked across leading media companies including Vizeum, where he led broadcast and online video management for top brands including 20th Century Fox, Panasonic and BMW. Most recently, he was an investment director for TV and video-on-demand (VOD) at MGOMD that encompassed all media planning and buying and drove video innovation across some of the most iconic brands including John Lewis, Renault , Nissan and Waitrose.