On mention of the words IAB Affiliate Marketing Council (AMC), I can almost hear the groans as I write this. I feel partly responsible for that, hence why I felt obliged to write this blog in support of the AMC, but also perhaps with the objective of trying to relight the fire that once was.

I took up the IAB AMC Chair back in 2011 and have not been shy in saying that I found it an extremely difficult task. It is one that I still look back on with some frustration that I did not perhaps do the best job I could and I feel that this may have impacted the last two years.

When I took on the role there was a transition happening at the IAB and the support level changed a lot over that year and was significantly less than it is today. However, that was corrected in 2012 when Clare was appointed to manage the lead generation and affiliate councils, a step in the right direction . As such the support structure is in a much better place than it was back in 2011.

Don’t get me wrong, there are some fantastic people on the Council that really care about the industry and strive to work hard to help drive it in the right direction. However, there are also some people that enjoy the privilege of sitting on the council, but don’t deliver very much at all. Let us be realistic, this is just life and business but my worry is that this lethargy has crept into several areas of the AMC and has been quite damaging.

What we need in the AMC is bright, young minds. People that want to do well for themselves, their company and the industry. People that strive to push boundaries, ask the right questions, fight when they feel it is necessary to do so. Not people that turn up, listen and go home without adding any real value. We need more publisher and advertiser voices, we need agencies to step out of their comfort blankets and join the networks in leading the industry.  We need a shake-up and perhaps we need to get rid of some of the old guard and bring in the new.

Despite my frustrations, I am thoroughly supportive of the IAB AMC and still believe that it can be the driving force behind growth and development within the affiliate channel. I am still committing my time when I can and affilinet are supportive in time and membership fees for the next year as well. But let us stop seeing this as a boring, autocratic body, let’s bring some life in to it.

I call for all those involved to have a real think about people from their companies that can be involved. We need to ensure that the AMC has the right balance and decision makers are well represented, but lets get in some fresh faces. When the AMC started we were a room full of 20 people, all passionate and willing to go that extra mile for the industry. We need to recapture some of that spirit.

I also think it needs a new industry leader, someone who can be the spokesperson for the channel and harness some of the old passion that the AMC used to have. I believe that nominations are going to be taken in December and would be great to see some good candidates step up to the task. The IAB AMC can still be a force for good, but it needs to recapture its sense of purpose. And it can't do that alone. As individuals working in the industry we have to be prepared to stand up and be counted. The reward is the opportunity to shape the future of affiliate marketing, what more motivation do you need? 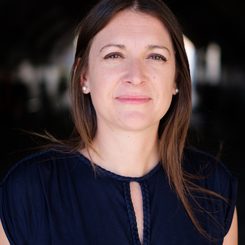