You Might not Care About Google+, but it Cares About you

Google+ puts its active user base in the region of 300 million, but ask the average man in the street and the chances are he’s only really aware of it because he wanted to sign up for a Gmail ... 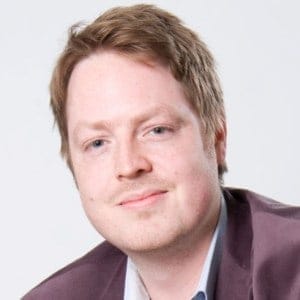 Google+ puts its active user base in the region of 300 million, but ask the average man in the street and the chances are he’s only really aware of it because he wanted to sign up for a Gmail account at some point in the last couple of years.

It’s common to think of Google+ as a ghost town to Facebook’s bustling metropolis and I must admit that if I subtracted anyone working for Google or in digital marketing from my own Google+ Circles, the remainder would be minimal, and minimally active. So it’s fair to say that if you think of Google+ as the search giant’s answer to Facebook, it’s a pretty poor show.

But should Google+ be thought of in this way? It may be true to say that at inception Google+ had Facebook in its sights – the two networks certainly offer a significantly overlapping set of functionality – but today considering Google+ as ‘Google’s Facebook’ really misses the bigger picture.

Bradley Horowitz, Google+’s VP of Product, describes the service as a “social fabric” connecting all of Google. This description is helpful, in that it emphasises how Google+ permeates other Google services, including of course the mighty search engine itself. It’s been common knowledge for some time that Google’s search results are personalised based on the profile of the user, and with Google+ always on that personalisation becomes exponentially more powerful.

It’s also helpful to think about how Google’s major algorithm updates of the last year or so work to understand data in a much more connected way. Google’s Knowledge Graph (which you’ll typically see manifested on the right hand side of the page when you search for something factual) treats data like historical figures or events not as isolated nuggets, but as an interconnected semantic web, allowing it to provide related data seamlessly. This approach to data offers a lot more than just the ability to surface trivia: today it underpins Google’s mapping of information, enabling things like the interpretation of colloquial search phrases, as demonstrated with Google’s significant Hummingbird update.

So with a growing understanding of how to interpret conversational language and an interconnected view of data, the potential for extracting highly meaningful, and therefore valuable, data from online social interactions becomes apparent. Google+, layered across usage of all other major Google services, becomes a mine of user data, something that Google is already uniquely experienced in monetising.

And since the more data the better, we’ll start to see Google push to bring more social interactions into the Google+ space. For example, within Android 4.4 KitKat, the mobile operating system’s latest build, Hangouts has become the default space for messaging, including SMS.

The recently announced Helpouts on Google+ can be interpreted in the same way, and also as a continuation of Google’s strategy of making Google+ a place for commerce as well as just conversation. Helpouts allow businesses or individuals to offer real-time support to consumers via video chat for an agreed price. As well as simply encouraging increased usage of Google+, I’d argue that this service also nicely fills a gap in Google’s previous ability to generate revenue from informational searches. Typically a search for a product or service will generate a page full of ads, but a search for very specific information will likely yield few or none. I’d expect to see Helpouts becoming available soon enough as an AdWords ad extension,  meaning those informational searches might soon yield a page of ads offering to talk you through the info you need, which would be good news for Google.

Helpouts might also provide a wealth of data to Google in the form of video. It’s worth noting that by default Google will record all hangouts, and though it’s got a long way to come, Google have been working on semantic video analysis since the early days of their acquisition of YouTube. Whether that data could be of use for advertising purposes is to be determined, but it could almost certainly be of value in the development of various other Google projects, such as Glass.

So Google+ might not be where you go to gossip with your friends, but if you’re using any Google service, you’re already interacting with Google+ more than you think. You’re helping Google to keep its shareholders happy and its new products innovative and exciting by contributing one key piece of data to the semantic web: you.

Alex Campbell is Deputy Managing Director of The Search Agency and joined in 2008 to lead and grow Search Engine Marketing activity. Alex has been working in the online marketing space for seven years and holds a BA/MA in English Language and Literature from Oxford University.