It has recently been reported that Ofgem has rejected an appeal from a group of affiliates and networks, who joined forces back in June when a report was published that detailed plans to ban cashback in the energy sector. Following the failed appeal, the ban will go ahead in March 2014, changing the landscape of the affiliate channel in the energy sector permanently.

Affiliate marketing is a form of online, performance-based marketing whereby publishers (affiliates) send traffic to a merchant’s site, and are rewarded commission when clicks convert to sales. Cashback affiliates are those that offer this commission back to the consumer as an incentive to buy. So, if npower (for example) is willing to pay affiliates £40 for every sale they refer, the affiliates will offer the customer £40 to choose npower. This gets interesting when energy suppliers provide short term cashback increases on a tactical basis, striving to beat the competition and attract new business. At any given time, a consumer can find a wide spectrum of cashback offers from each of the ‘Big 6’ energy suppliers, as well as the smaller players like First Utility.

The Retail Market Review Report called for a ban on cashback in the energy sector, citing that it is confusing for the consumer, with cashback offers blurring the lines of the ‘best’ deal. The appeal group, led by the Internet Advertising Bureau, put forward a compelling case that argues that cashback actually encourages competition, forcing the suppliers to work harder at customer retention, thereby providing a better service, but the appeal was overturned by Ofgem and the ban will go ahead as planned.

Interestingly, the press indicates that the ban will not currently extend to aggregator sites like uSwitch and Money Supermarket. Apparently consumers who navigate to one of the comparators via a cashback site will still be eligible to receive a cash incentive. It has also been suggested that it is likely to extend to these sites in due course, but in the meantime it could be that those who are loyal to incentive sites begin to use aggregator sites more and more. Isn’t it equally confusing for the user to find that they are still incentivised to use the aggregators? And aggregator sales are expensive for the suppliers - so it could be argued that the long term impact could be price rises. Admittedly this could be a long way off, and it may be that the cashback ban extends to comparators long before it has any real impact on the suppliers, but it is worth a thought in the meantime.

The ban raises questions about the future of affiliate marketing for energy. Not only are cashback increases a powerful, tactical move that can drive significant exposure at ‘need’ times, but this demographic typically accounts for the vast majority of energy affiliate sales. Without these partners on board, is there a future for energy affiliate marketing? Cashback affiliates may revolutionise their sites, working in partnership with the suppliers to offer ‘freebies’ such as vouchers in place of cashback - but how long until Ofgem ban that too?

Questions could also be raised around other tightly regulated industries, like insurance and credit cards. As it stands, cashback is permitted in these verticals, but perhaps finance will be the next sector hit by tighter controls around affiliate marketing.

We’ve seen Quidco and TopCashback face challenges head on in the past, such as implementing BACS only payment facilities for merchants hit by fraud, so we have no doubt that the teams will be putting their heads together as we speak, trying to come up with a solution. Perhaps offering gift vouchers, or some other means of added value, will counter the cashback ban. Watch this space! 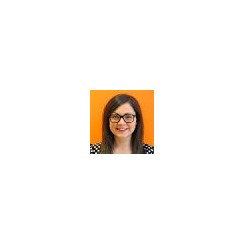 Jennifer is Digital Marketing Manager at Alienation Digital, working as part of its talented team of designers, developers, marketers and project managers to create, implement and manage digital strategies for clients across industries including the arts, retail and e-commerce, travel and leisure, charities, education and the public sector.
Jen's first steps into digital were in the affiliate channel, and she now enjoys a varied and strategic role across all of the digital channels.