Social Media on the Stock Exchange

Following Twitter’s recent IPO, Micke Paqvalen, CEO and founder of Kiosked, examines what is next for social media monetisation.... Twitter’s recent IPO announcement is a benchmark for the weight that social now holds across business, economy and society ... 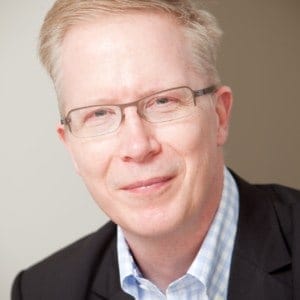 Following Twitter’s recent IPO, Micke Paqvalen, CEO and founder of Kiosked, examines what is next for social media monetisation….

Twitter’s recent IPO announcement is a benchmark for the weight that social now holds across business, economy and society. People once saw social media channels as merely full of ‘people talking online’ but now, the power of social has been proven integral to the future of global business.

Ironically, although social networking has become ingrained in our daily lives and opened up new opportunities for businesses and brands, the social networks themselves are still struggling to find the right ways to monetise.

Filing for IPO means that Twitter will now be under huge pressure to show that it is a profitable business, and its advertising model will play a huge role in deciding its value. We’ve already seen this happen with another social network – Facebook – when it filed for IPO last year. Similarly, Facebook faced lots of pressure following its IPO to demonstrate that it could effectively monetise its content. While Facebook previously relied on sponsored posts for its advertising revenue, it wasn’t until it recently announced a focus on mobile advertising strategy that its market value increased to over $100 billion.

Indeed, mobile advertising holds revenue potential for both Facebook and Twitter. However, marketers still haven’t cracked mobile monetisation; in order to do so, both Facebook and Twitter need to consider how mobile and content work together to drive engagement, click-throughs, and sales. As both Twitter and Facebook test different monetisation methods, it’s evident that finding the right ways to monetise their content (whether on mobile or otherwise) is crucial for both of these social networking giants to thrive on the stock exchange.

For both social networks, the solution is inherently performance marketing-driven. As publishers of user-generated content, Facebook and Twitter need to strike the right balance between meeting users’ and brand partners’ needs. Twitter has already played around with a few ideas: using sponsored posts that appear at the top of a news stream has been the method to date. However this model is not sustainable; it is intrusive and takes away from the user experience.

To use its content effectively, Twitter needs to think outside of the box – away from traditional advertising and towards service. For Twitter, it’s not enough to rely on sponsored posts alone to drive advertising revenues.

Employing the right tools to enable brands to monetise content in innovative ways across its platform will be the key to Twitter’s future success. In particular, content that is easily shareable, such as images and video, provide a rich social experience that can be leveraged for monetisation. Twitter needs to take a closer look at visual content as crucial to its marketing strategy.

Visual content has become increasingly integrated into Twitter feeds via Twitpics and Instagram photos. The integration of Vine means that the social network is further engaging its community through interactive, visual content. As such, Twitter now has the opportunity to turn its visual content into a service through the use of ‘smart content,’ where any visual content posted on the social network by its users can become a relevant, non-intrusive storefront. With smart content, people can buy the things they see, so impulses are monetised in a way that is highly targeted yet non-intrusive.

What this means for marketers is that relevant visual content posted on Twitter will connect directly with brands in a way that is highly targeted and doesn’t take away from their experience of the social network. Essentially, this introduces a new model altogether into the mix – one of service-based marketing. In this way, Twitter can really leverage its existing visual content into a form of marketing that is truly a useful service to consumers.

The stakes are obviously high for each company following IPO. Choosing to monetise by approaching marketing as a service offered to their large user bases, both Twitter and Facebook have the potential to lead the category in a new kind of performance marketing; one where everyone wins – brands, publishers and consumers alike.

Micke Paqvalén is a serial entrepreneur who has lived and worked around the world for over 20 years, and has founded four major software companies, one of which (HotSip) was acquired by Oracle in 2006. Most recently, Micke has co-founded global content monetisation platform, Kiosked.